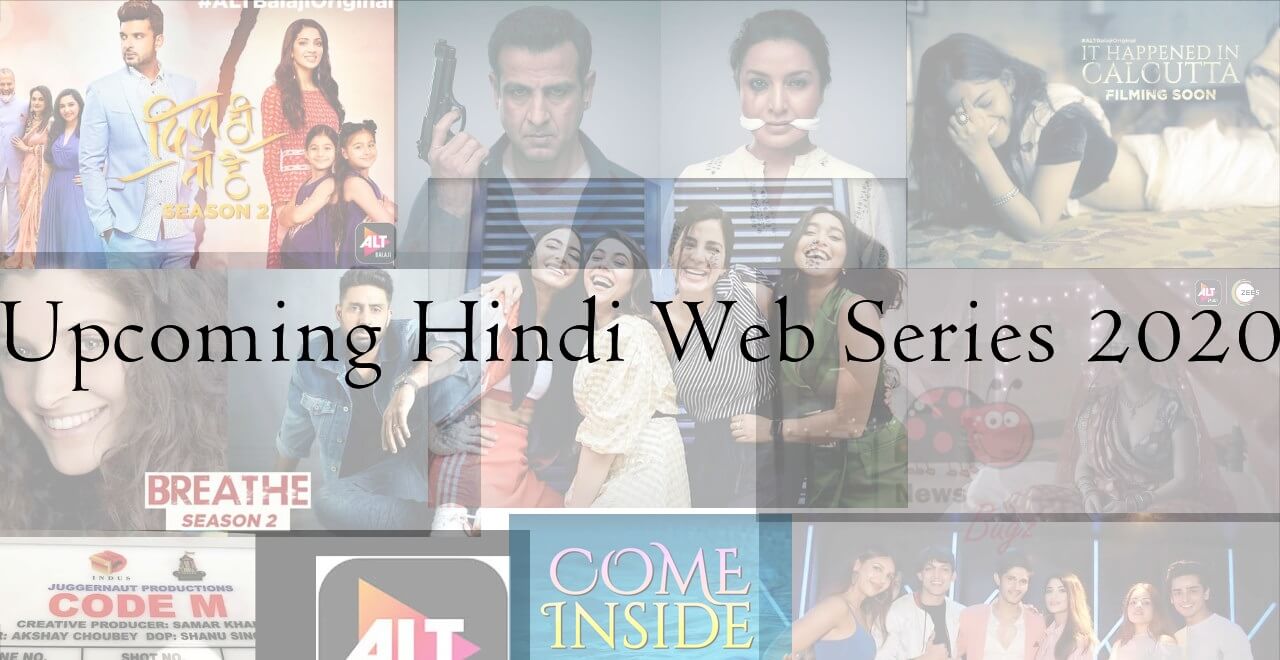 In the recent years, Web Series becomes a popular entertainment. Like movies, the web series has also captured the attention of the people. Indian series on OTT platforms like Amazon Prime Video, Hotstar, ZEE5, ALTBalaji, ULLU, and others are delivering some different things and creative content. There are plenty of originals available to watch in all main languages including Hindi, English, Tamil, Telugu and more. Here we have listed some famous Indian Original Web Series that you can stream in the upcoming year 2020.

Breathe Season 2 is one of the most-awaited Indian originals that will be streamed on Amazon Prime Video. Abhishek Bachchan is making his digital debut with this psychological thriller series. The first season of the Breathe stars R. Madhavan, Hrishikesh Joshi, Sapna Pabbi which was well received by viewers. The series shows the lives of ordinary people faced with extraordinary circumstances. Breathe Season 2 also features Amit Sadh, Nithya Menen, Saiyami Kher and more.

List of Upcoming Web Series on ALT Balaji and ZEE5

A Married Woman is a series starring Ridhi Dogra and Monica Dogra in the key roles. It follows an unconventional love story between two beautiful souls that takes place during the 1970s, a time of change and turmoil in India.

It Happened In Calcutta Web Series

It Happened In Calcutta is a romantic web series starring Karan Kundra and Naghma Rizwan in the key roles. The love story revolves around a young girl named Kusum (Naghma Rizwan) who aims to become a doctor in the city. She admitted to Calcutta Medical college to make her dreams come true. There she meets the Ronobir (Karan Kundrra) and falls in love with him. It Happened In Calcutta web series is set against the backdrop of Kolkata of the 1960s and 70s.

Dil Hi Toh Hai is a romantic web series that streams on ALT Balaji. Earlier, Dil Hi Toh Hai was aired on Sony TV. After two successful seasons, ALTBalaji will be back with the third season of Dil Hi Toh Hai. Along with Karan Kundra and Yogita Bihani, the third season will have a few more additions in the cast including Bijay Anand, Rajeshwari Sachdev, Abhinav Kapoor, Paulomi Das and more.

Class of 2020 is the sequel of blockbuster series Class of 2017. Vikas Gupta’s Class Of 2020 will be streamed online on Ekta Kapoor’s ALTBalaji. Class Of 2020 web series is a youth-based show that stars Rohan Mehra and Chetna Pande in the lead roles. According to sources, Class of 2020 also stars Jatin Suri, Isha Chawlaa, Zoya Chatterjee, Shivam Babbar and more.

Hostages is a crime thriller web video series starring Ronit Roy, Tisca Chopra, Ronit Roy, Parvin Dabas, Aashim Gulati and Mohan Kapoor in the lead roles. Directed by Sudhir Mishra, the series was streaming in seven Indian languages on Hotstar. The makers have planned for the sequel of this hit series.