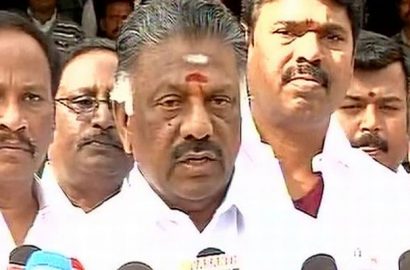 In a series of dramatic developments Mr.O.Panneerselvam made a surprise visit to the memorial of the late J.Jayalalithaa on Marina beach in Chennai on Tuesday and sat in meditation for about 50 minutes at the grave. O Panneerselvam breaks his silence for the first time in his political career, the late night he addressed the media gathered, saying Amma’s spirit had told him to clear it to the people.

Earlier O Panneerselvam resigned from the post of Tamil Nadu CM and made way for Sasikala and it was accepted by the Governor but on Tuesday, he addressed the Press to share the way of treatment he received during his tenure. 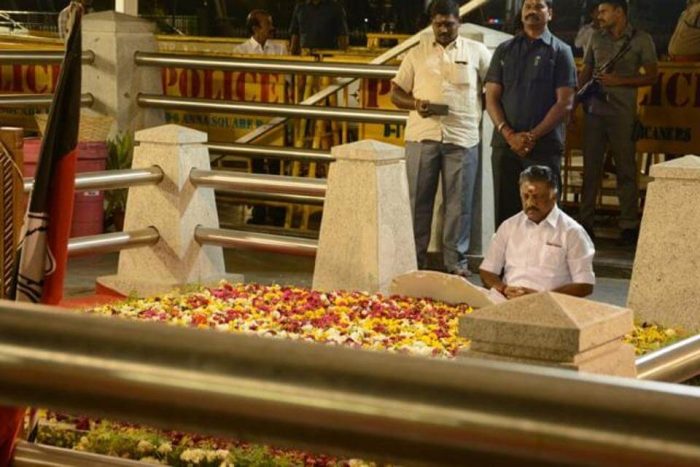 O Panneerselvam made a carefully crafted attack on his party leader, AIADMK general secretary VK Sasikala and his colleague. He talked about ‘clearing his conscience‘ and reveal some truths to save the party and Tamil Nadu. While talking to the reporters, O Panneerselvam said that he came to Jayalalithaa’s memorial as his conscience hurts. He also added that he didn’t want to be a troublemaker but was forced to step down at the MLA meeting.

He said that after 70 days of Jayalalithaa’s hospitalized in Apollo hospital, the health condition became worse and Sasikala & family said that alternate arrangements should be made for general secretary and chief minister posts to protect the party and the government. They asked him to take over as Chief Minister and Madhusudanan as the general secretary of AIADMK, but he did not accept that.

However, they insisted him to be the Chief Minister as he was already been chosen by Jayalalithaa as CM twice and people will not have a difference of opinion on this. But if someone else would have been chosen for that post then it would have created a bad name for the party. On considering this point, O Panneerselvam accepted their request and became the Chief Minister.

Sasikala’s brother Divakaran wished and wanted to make Sasikala as the general secretary and senior leaders in AIADMK have jointly agreed to the idea of making her suitable for the post. Later general council elected her to the post. 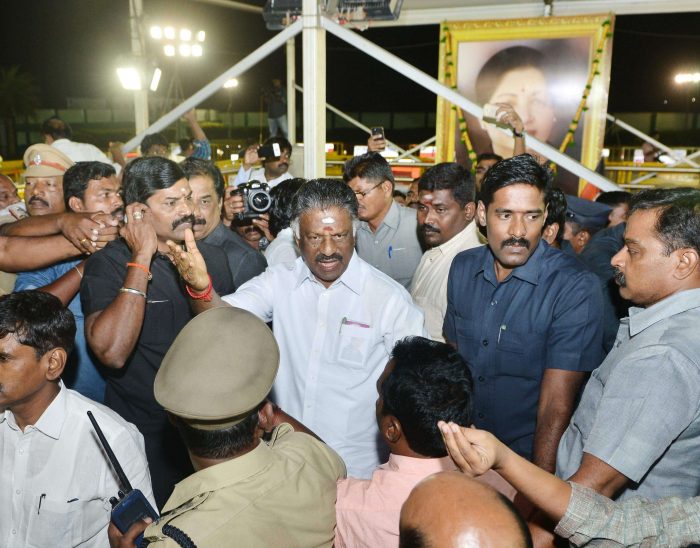 Later, several party leaders have given interviews stating that Sasikala should be the CM, without O Panneerselvam’s knowledge. He felt wronged by the treatment he received during his tenure as the Chief Minister of the state.

There is no urgency to make Sasikala as CM as the people’s are not for the decision of the party members. For the better future of Tamil Nadu, the CM should be someone who has the support of the people.

O Panneerselvem confessed that he was forced to resign from the CM post to make Sasikala as CM. While answering a reporter’s question he said, he is ready to take back his resignation if Tamil Nadu people, cadre, legislators wants.

Sasikala’s swearing ceremony is going to be conducted after Governor Rao returns to Tamil Nadu. Meanwhile, the twist of O Panneerselvam’s in the press meet made AIADMK general secretary to conduct an emergency meeting with the MLA’s in the Poes Garden and announced the removal of Panneerselvam from AIADMK treasurer post after the meet.