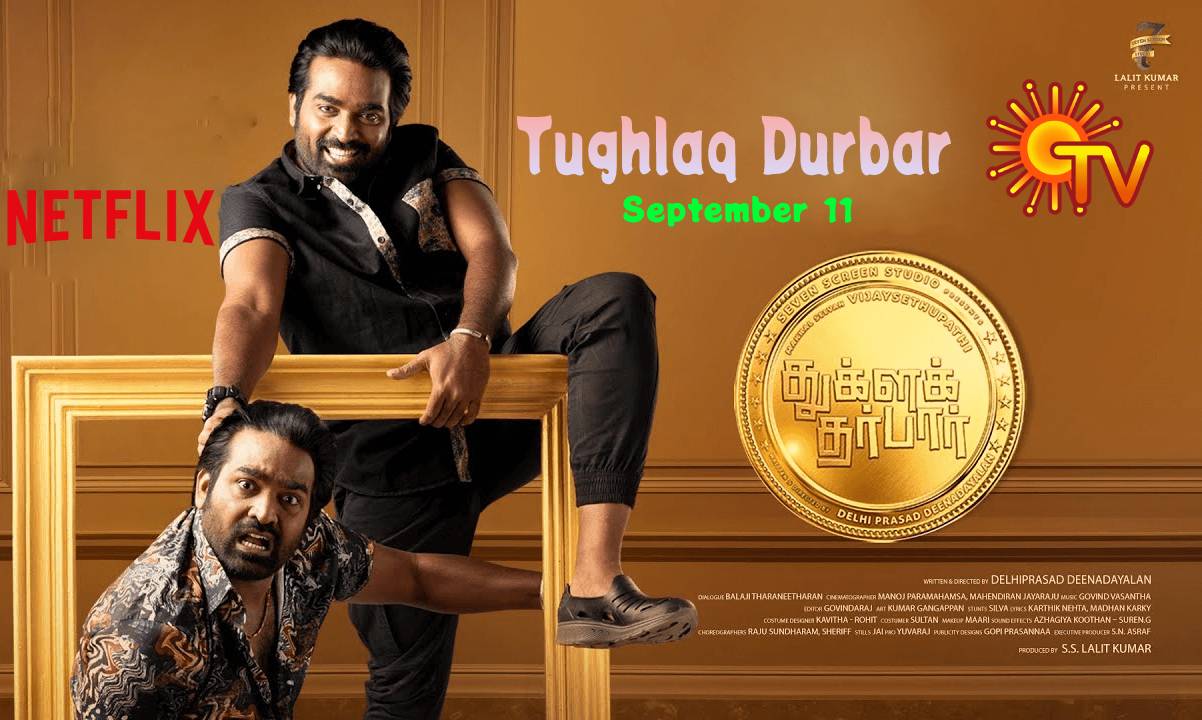 Watch Tughlaq durbar Movie (2021): It is a much-awaited movie featuring the duo Makkal Selvan Vijay Sethupathi and Parthiban in lead roles along with Raashi Khanna, Manjima Mohan. Sun TV bags the satellite rights for the film. The movie is postponed several times, due to the covid pandemic, financial and political crisis and it was slated to release on Disney+ Hotstar. Finally, the filmmakers took the movie to a popular channel and streaming service. Tughlaq Durbar movie will be premiering on Sun TV on 10 September 2021. It streams online on Netflix from September 13, 2011.

The movie is airing on popular Tamil channel Sun TV on the occasion of Vinayagar Chathurthi (10 September 2021). Meanwhile, it also gets released online on Netflix. The movie is helmed by Dehiprasad Deenadayalan and bankrolled under SS Lalitkumar with the association of 7 Screen Studio. You can also download Tughlaq Durbar movie on Netflix.

Since the coronavirus hits rapidly in the country, it’s hard to manage theatres with limited seats and social distancing between people. Hence producer of the movie takes the film to a digital platform to reach the whole audience, fans, and elderly people. Watch Tughlaq Durbar movie full HD online on Netflix. Some of the latest releases of Netflix are Jagame Thandiram, Haseen Dilruba, Ray, Skater Girl, Mandela, and more.