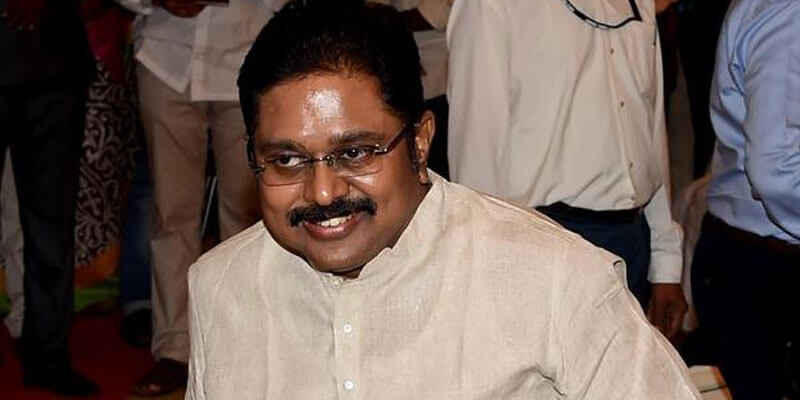 AIADMK party leader TTV Dhinakaran have arrested for his alleged involved in the Election Commission bribery case. He gets bail today by a special court on the ground that the poll officials who were to be lured for getting separated AIADMK’s symbol ‘Two Leaves’ that have not been identified.

Mallikarjuna, who is the close aide to Dhinakaran also gets bail from the special judge Poona Chaudhary and directed the duo not to influence or kept any touch with the evidence, the witnesses. They were arrested on April 25 at night.

Dhinakaran had inquired bail arguing that as no public servant had been made involved in the corruption case against him and there was no reason to keep him in judicial custody.

Mallikarjuna claimed that he had joined investigation even without being charged, and no recovery had been made from him. Counsel for the Delhi Police had rejected their bail applications and submitting that they might tamper with evidence or interfere with an investigation if the bail is granted.

A police probe is underway into the declared conspiracy for fixing a senior EC official to get the AIADMK’s election symbol as “Two Leaves” for Mr. Dhinakaran’s faction leading of the R.K. Nagar Assembly by-election in Chennai.

The poll body removed later when the election based on evidence that large sums of cash that had been issued to influence voters. Mr. Dhinakaran was arrested at night in New Delhi on April 25 after several rounds of questioning.

Apart from Mr. Dhinakaran and his associate Mallikarjuna, Sukesh Chandrasekhar who is the alleged middleman and “hawala operator” Naresh were also arrested for the allegedly involved in the Election Commission.

Between Mr. Dhinakaran and Chandrasekhar based on phone records, the Police have intended to pretend. Apart from these two of them, there are remaining three more persons are under the scanner.