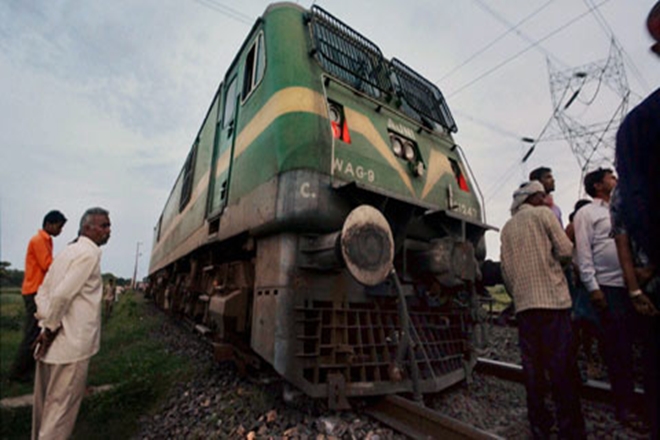 A Chennai-Mumbai train’s detached engine began to move on its own without a loco pilot at the Wadi junction in Karnataka. The Sparking alerts on the lines along with a 13-km chase saved before a mishap occurred. The electric train engine travelled around 13 kilometres without its loco pilot from the Wadi station of Karnataka state. A staff member chased the train engine on a bike and halted it before an accident occurs. The Train Engine cruises 13 km and it is a shock for everyone.

This incident seems to be mirroring a script straight from a movie but it happened when this railway employee caught up the train engine, jumped on it and stopped it. Trouble started when the Chennai-Mumbai train arrived at the Wadi junction of Kalaburagi district at 3 pm on Wednesday. The electric engine was to be swapped to a diesel engine as the route from Wadi to Solapur is not electrified. Hence, they detached the electric engine and swapped it with a diesel one.

The Chennai-Mumbai train then started its journey towards Solapur with the diesel engine, the officials said. During this process, the detached electric engine started moving on its own after the loco pilot stepping out. The loco pilot was not sure on how the train is running on its own. As the loco pilot was stunned on this, the station authorities of Wadi alerted several stations nearby to clear the signals and tracks.

The officials added that the trains running in the opposite directions were also halted and the routes were cleared. As the electric engine of the train was running, the railway’s employee chased the engine with a bike. He managed to board the engine when it slowed down and stopped the engine near Nalwar. By this time, the engine had already run for about 13 kilometres.

The exact reason for the electric engine runaway is not known and the officials added that the process of adding an inquiry by a special team is underway. This seems to be a movie incident but it happened in a real time.

Powerful earthquake with 7.3 Magnitude Kills At least 130 people in Iran

Indian Doctors see a patient barely for 2 minutes | A Study