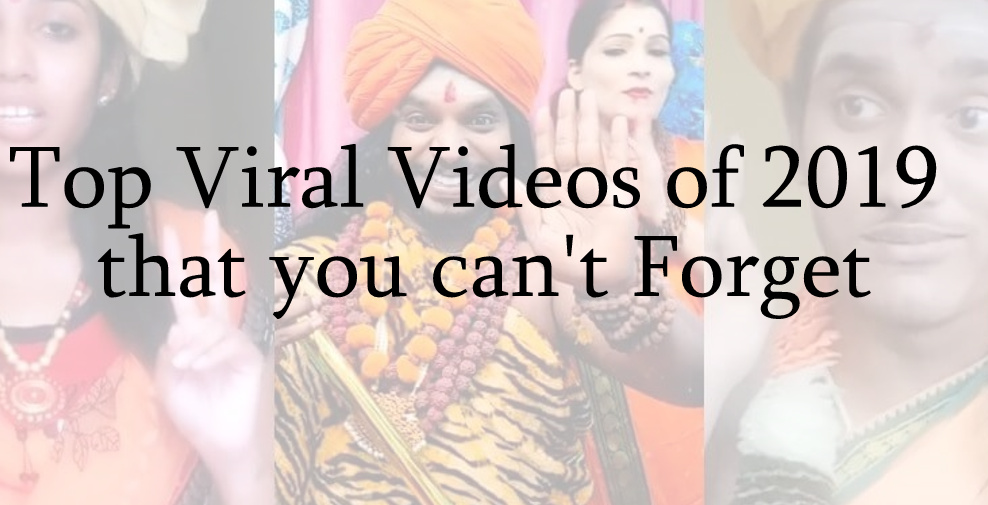 The year 2019 has become a precious year for many talents. The technological growth is really helpful for most of the people and has turned many lives upside down. In today’s world, viral videos plays a vital role in many people life. In 2019, we have seen many videos which went viral on social media, grabbed many views and has helped people reach heights. Here are some unforgettable Viral Videos of 2019.

Ranu Mondal used to sing songs in Ranaghat railway station who sung the song Ek Pyaar ka Nagma Hai of Lata Mangeshkar which landed on social media on July 2019. Instantly she became popular among the people and gained celebrity status. For her powerful voice, she got a chance to sing a song Happy Hardy and Heer in Himesh Reshammiya movie.

The boy who became familiar by saying the dialogue “Apo Yeanku Pasikumla”.

Thirumoorthy is a visually challenged guy who got a mixed talent of singing, composing and lyric writing. By seeing his talent a person has recorded his song video “Kannana Kanne” from the movie Viswasam. He posted it in September 2019 which became viral in social media. His talent impressed music director Imman and he offered him a chance to sing in his composition.

The girl became famous for her innocent dialogue in her cute voice and became viral on the internet. The video was uploaded by her uncle. The dialogue of the girl is “Thittama Adikama Gunama Vaila Sollanum”, which means she asks her mother to advise her kinds without scolding or beating her.

The song Gumbala Suthuvom became familiar among the youngsters of 2019. The song was sung and written by the singer Gana Stephan. Music of this song was composed by Bennet Christopher and the song was cinematographed by Vetrie Viknesh.

Deepika Ghose is an RCB fan girl who became an overnight Internet sensation when the cameraman focussed on that girl and as a result and she was repeatedly shown in the big screens present in the Bengaluru’s M. Chinnaswamy Stadium during RCB and SRH match on May 4, 2019.

During the World Cup, 2019 semi-final between India and New Zealand Dhoni got emotional after run out.

In Tiktok, a Tamil Boy’s Kidnapping prank became very famous. The funny video became familiar for the reaction of the boy. In that video, his dialogue Amma Ammove Engammaa Pona attracted everyone.

A part of students who took part in a bus day celebration in Chennai by sitting on the rooftop. In the middle of the celebration, the bus driver applied a break and many of them fell on the road from the top of the bus. This incident became viral in social media and in all news channels.

Arun Kumar is a tik toker who is famous for his dialogue Vanakkam da mapla from Theni.

Nithyananda, famous for owning an island Kailasa is a controversial saint who is famous for his various dialogues. One of his dialogue became viral in social media that is “Me in me, talking to me“.

Many of these funny viral videos of 2019 will be everlasting for years.