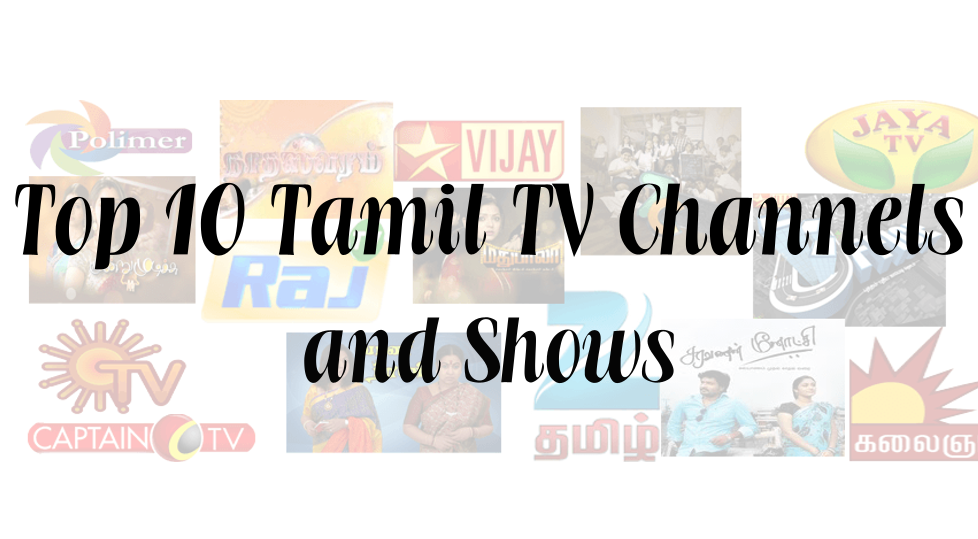 The television industry of India has got tremendous growth in their field by providing various latest and entertaining contents to their viewers. Every channel started competing with each other and offers various serials, reality shows, and more to keep users active. Here we have listed some popular Tamil TV Channels and shows that conquers most of the Tamil Nadu houses.

Take a look of leading Tamil TV channels and its list of shows,

Sun TV is one of the highly viewed Tamil TV channels. It was launched on 14 April 1993, and the channel was founded and owned by Kalanithi Maran. According to BARC report, Sun TV is the No.1 Entertainment Channel. For nearly 26 years, the channel holds its position by giving plenty of entertainment contents to attract and keep the audience engaged.

Star Vijay TV is owned by Star India group, and it was first launched by N. P. V. Ramasamy Udayar on 24 November 1994 as Golden Eagle Communication (GEC). The channel is well known for its creative content. Star Vijay became famous by telecasting Hollywood dubbed movies in Tamil. Later, it holds the strength by airing various innovative shows and interesting serials.

Zee Tamil is also one of the leading Tamil channels owned by Zee Entertainment Enterprises. It was launched in the year 2008, and the channel provides more entertainment and meaningful shows. Zee Tamil telecasts some good family drama soap operas to attract the audience. Zee Cine Awards 2020 is the first biggest step of the channel.

The Polimer channel was launched by P.V. Kalyana Sundaram in September 2009. The channel is known for telecasting dubbing serials of Colors and Sony TV channels. It also has a sibling channel named Polimer News which provides all the latest news to its viewers.

The channel was first launched in the year 1999, and the first client of the channel was HSA’s, Hemant Sahai. Java TV channel is well-known for producing and publishing various shows to make the channel even more interesting.

Colors Tamil is the latest Tamil channel launched by Viacom 18 on 19 February 2018. This channel is owned by Astro Malaysia Channel which especially telecasts some Tamil serials, and Tamil dubbed Hindi-serials.

Puthiya Thalaimurai is a Chennai based Tamil news channel. The channel was launched on 24 August 2011, and The New Generation Media Corporation runs it. Puthiya Thalaimurai channel is famous for broadcasting news, discussion shows, documentary and informative programmes.

The channel Thanthi TV was launched on 16 May 2009 and owned by the daily newspaper Dina Thanthi. Now, the channel is owned by NDTV & The Hindu Group. This 24/7 News channel brings all the news instantly to the public.

The Tamil news channel News 7 Tamil was established on October 19, 2014, by VV Group of Tamil Nadu. The channel is familiar with broadcasting current news, discussion, documentary and infotainment programmes to the viewers.

Sathiyam TV is owned by Dr P. Isaac Livingstone, the CEO of Sathiyam Media Vision Pvt. Ltd. The channel covers all the news, current affairs and happenings of public interest. Apart from the news, they also produce some exciting shows for their viewers.

These are the list of Top 10 Tamil TV channels and its shows that are mostly watched by the people of Tamil Nadu.