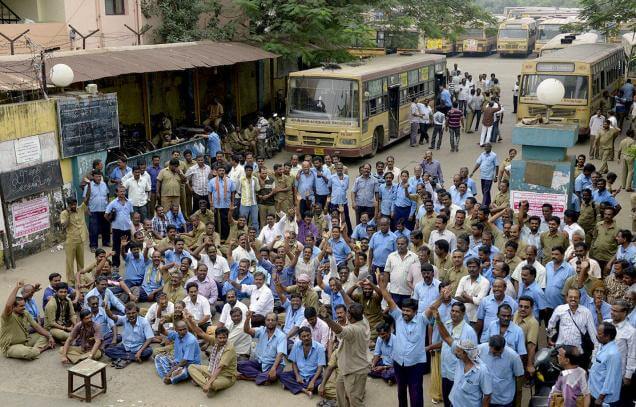 Passengers look at choices alternatively such as trains, and private buses. So the Government had planned to hire temporary drivers to take the buses over the strike.

Opposition-backed trade unions of the Tamil Nadu State Transport Corporation (TNSTC) began their unlimited strike asking their wage revision, among other issues. In several areas, the strike began on Yesterday evening itself, causing difficulty to public. Although Tamil Nadu government requires only 10 out of 33 unions are taking part in the strike, most of the buses were not functioning on the roads on Monday. 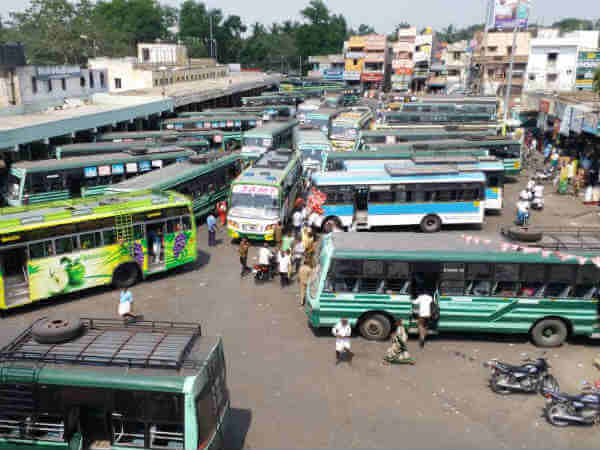 At 10:45 am: Transport Minister M.R. Vijayabaskar said to the reporters that 37 unions were in a stake of the government. Ten others and they are including those headed by DMK and Left, have joined in the strike.

“Efforts are on to operate the buses in full strength even as 2000 private vehicles will be operated in Chennai to clear the rush,” Transport Minister M.R. Vijayabaskar.

Police protection was being given to buses to handle on the roads, he said, adding, the government was ready to continue talks to break the logjam if the unions came forward for discussions.

At 10:40 am: Private buses were placed on service to ply passengers to Tamil Nadu from Puducherry as TNSTC services have been stopped. Passengers were compelled to pay three times more than the fixed bus fares. 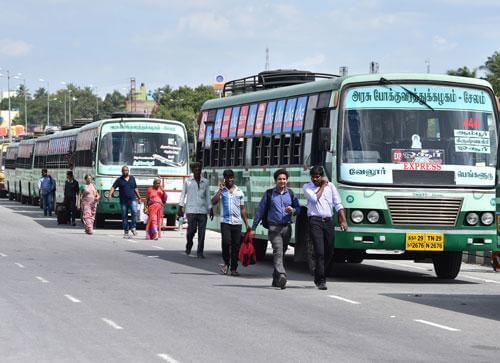 At 10:30 am: The Striking bus transport employees were anesthetized by government’s move to rope in school buses.

In all,110 mofussil buses were operated on several routes within the Kancheepuram district and to target outside the district on the specified time allotted by the RTO.