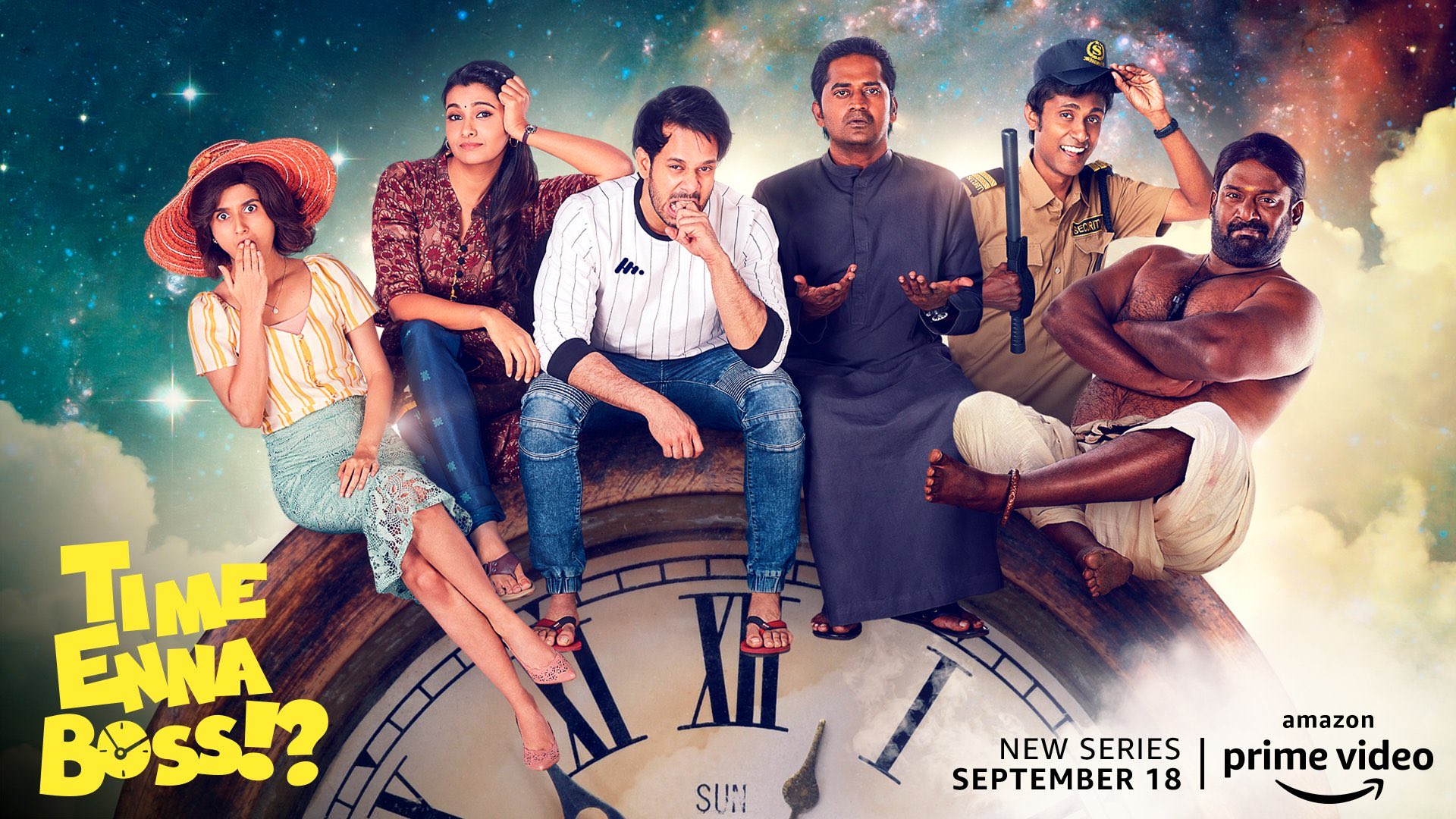 Time Enna Boss is an upcoming Tamil sitcom web series that will be streamed online on Amazon Prime Video. The first episode of the Time Enna Boss web series will be released on 18th September 2020. The series was bankrolled by ace production house Kavithalaya.

All the actors are making their digital debut through this series.

Time Enna Boss web series tells a story of a man who runs into trouble when he realises that his roommates are time travelers.

This new Tamil sitcom series deals with the lives of an average IT guy, who ends up sharing his apartment with four random time travelers from different time periods, who accidentally get trapped in present-day Chennai.

When and Where to watch Time Enna Boss Tamil Web Series?

Watch all the latest episodes of the Time Enna Boss web series from 18 September 2020 (Friday) on Amazon Prime Video.