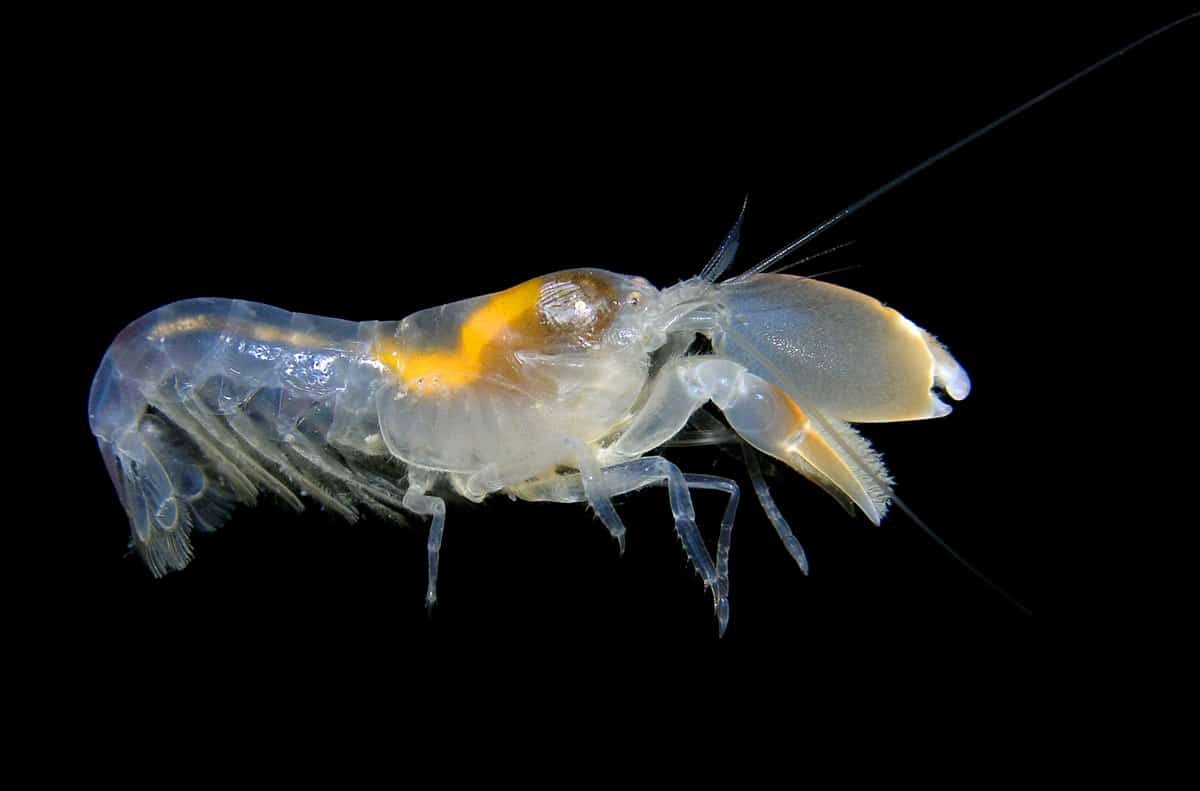 Tiger Pistol Shrimp is one of the small marine shrimps which is notable for its symbiotic relationship with some goby species like watchman goby, orange spot goby, and Yasa Hashe goby. The scientific name of this species is Alpheus Bellulus. This creature belongs to the snapping shrimp family named Alpheidae under the order Decapoda. It is also popularly known as Symbiosis Shrimp and Snapping Shrimp. You can find them in coral reefs, submerged seagrass flats, and oyster reefs of the Indo-West Pacific area. It grows up to the size of 4 to 5 cm, excluding the antennas of Tiger Pistol Shrimp. The body of Pistol Shrimp is stout and opaque, and the background color is plain yellow or yellowish-white. It has an extra-large claw that is used for a snap at prey to stun them.

The patterns drawn on the abdomen, cephalothorax, and tail are irregular and symmetric with colors like light brown, brownish-purple to brownish orange. The legs and the body has the same color, covered with short bristles and the antennas are red in color. Like crabs, it has chelipeds, which works as an excellent weapon for this species.