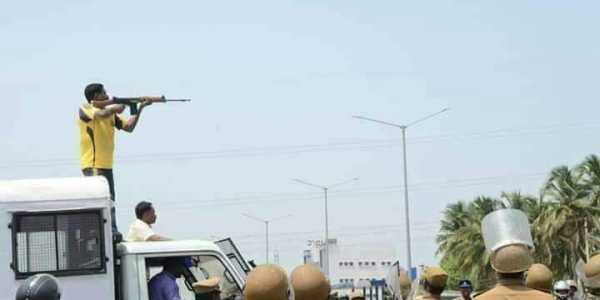 Thoothukudi Firing: According to TNIE report, four of the protesters who died during the 100th day of protest against the copper smelting plant in Tuticorin were important leaders of anti-Sterlite protests.

All the four have been shot at in the head or chest, which gives way for suspicion whether they were mainly targeted.

However, the police or revenue officials were not available for their comment on the allegations saying that there were no such leaders. The two-days of police firing at the protesters has succeeded in installing a sense of fear among the protesters. Many protestors refused to be named in the newspaper reports.

National Human Rights Commission has issued a notice to the Tamil Nadu chief secretary and the director general of police over the firing. NHRC earlier ordered the state to submit a detailed report within two weeks on police firing and the deaths.