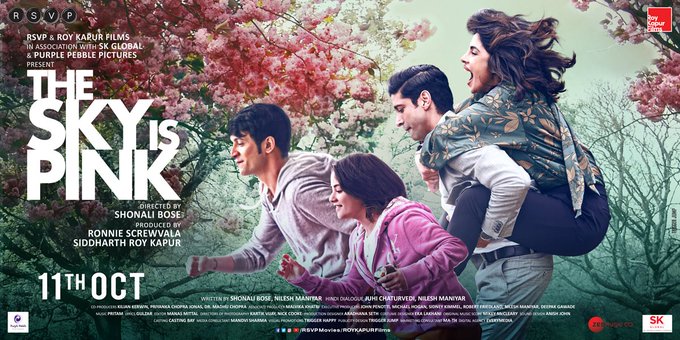 The Sky Is Pink is a biographical movie written and directed by Shonali Bose. The film is being bankrolled by Ronnie Screwvala, Siddharth Roy Kapur and Priyanka Chopra. The Sky Is Pink Hindi movie stars Priyanka Chopra, Farhan Akhtar and Zaira Wasim. Music director Pritam composes songs and background score for this epic movie. Iordan Borissov and Manas Mittal are the cinematographer and editor of this movie respectively. The film is scheduled to be premiered at the 44th TIFF on 13 September 2019 and will be released theatrically on 11 October 2019.

The Sky Is Pink Movie Cast