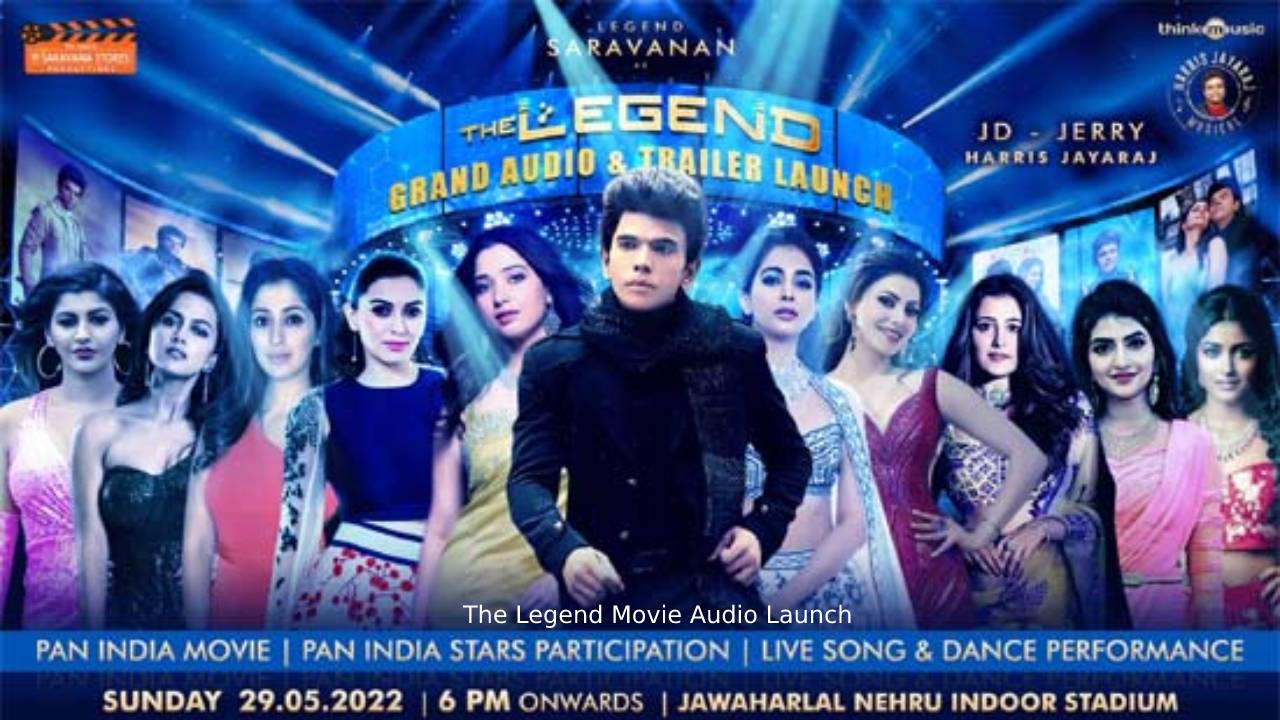 A grand star-studded audio launch for The Legend movie is set to be held on May 28, 2022 (Sunday). Ahead of this, various promotions and celebrations were happening on social media platforms. The film stars Legend Saravana (Saravanan Arul), Urvashi Rautela, and Geethika in the main roles. It is directed by JD Jerry. While Harris Jeyaraj has composed the background scores and songs for the film. The Legend Movie audio launch event is organized in the Nehru Stadium.

This grand audio launch function has popular and trending actresses like,

The Legend audio launch will have the entire cast and crew members of the film. It is also to be noted that Mosalo Mosalu, and Vaadi Vaasal are the two tracks trending among audio streaming platforms and music channels. The Legend movie audio rights were bagged by Think Music India. Users can listen to The Legend movie songs on Spotify, Jio Saavn, Resso, Wynk, Gaana, Apple Music, YT Music, and more. The makers will announce the release date soon.

Find below some of the latest The Legend movie (2022) songs, ringtones, themes, bgm.