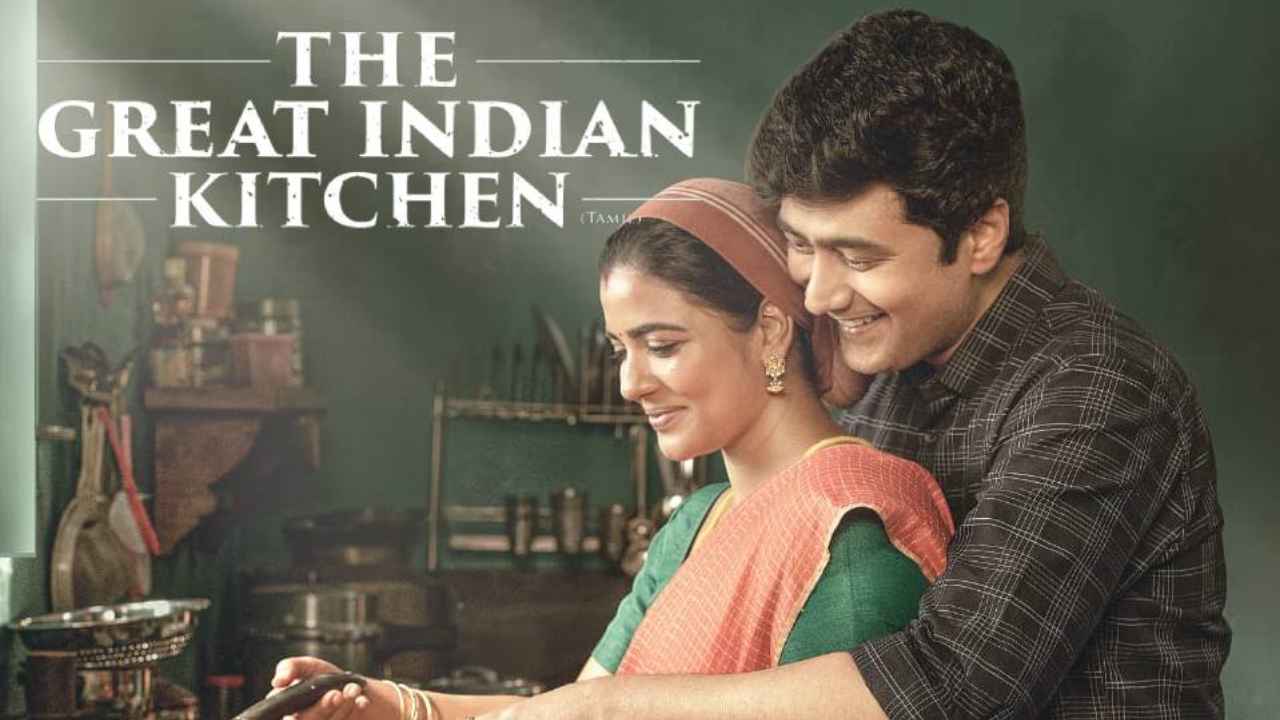 The Great Indian Kitchen is an upcoming Tamil drama directed by R Kannan. It is the remake version of the Malayalam blockbuster movie under the same titular and it received positive critics from the people. Aishwarya Rajesh and Rahul Ravindran play a major role in the film. It is produced by Durgaram Choudhary, and Neel Choudhary under the banner RDC Media.

Music composer Jerry Silvester Vincent scores the background music and tracks for the film. While Cinematography work is done by Balasubramaniem and Leo John Paul does the editing. The plot of the story revolves around how the woman is tolerating after marriage with every odds and struggle in the kitchen and cleaning activities. The film will be scheduled to release on December 29, 2022. Interestingly, Aishwarya Rajesh’s Driver Jamuna is also releasing on the next day.

Here are the main characters and cast of The Great Indian Kitchen movie,

The Great Indian Kitchen movie digital and satellite streaming rights were bagged by ZEE media. It will be premiere online post-theatrical release on ZEE5 platform.

Check out the first look poster of The Great Indian Kitchen Tamil featuring Aishwarya Rajesh where she looks disappointing in the kitchen,