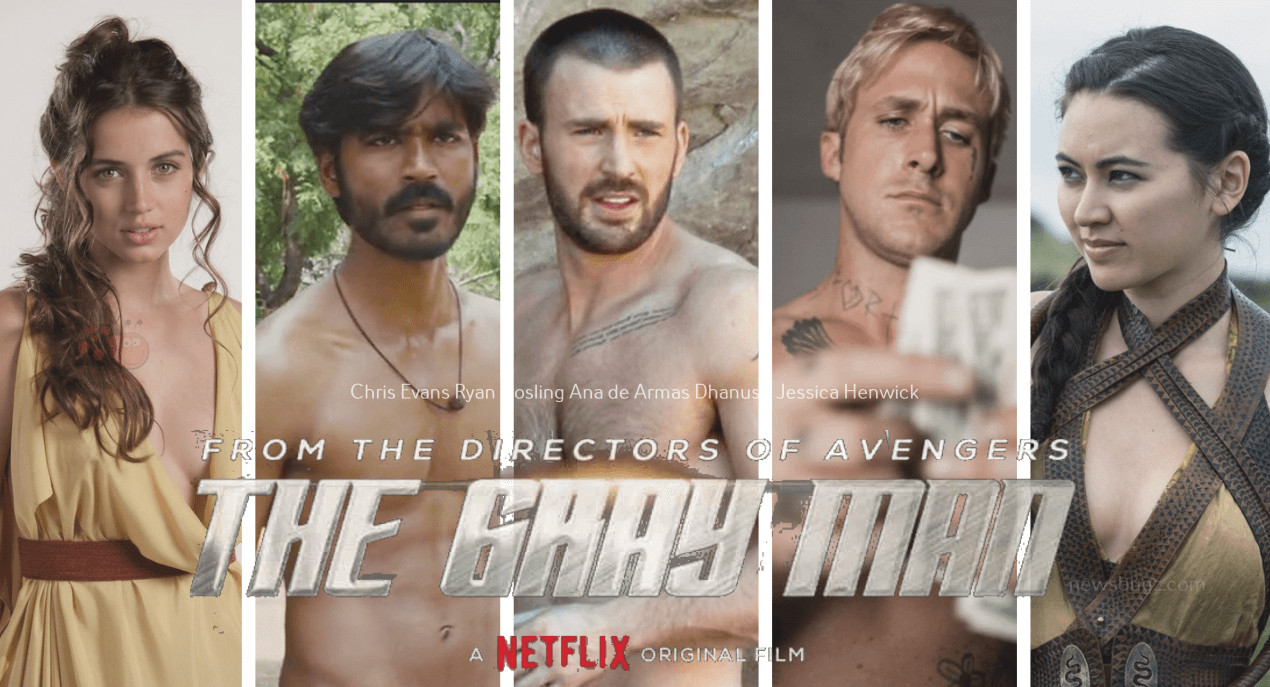 Netflix The Gray Man is an upcoming spy thriller movie directed by the Russo brothers. The film features a bunch of stars like Chris Evans, Ryan Gosling, Ana de Armas, Dhanush, Jessica Henwick, Wagner Moura, and Julia Butters. It is reportedly a high-budget film produced by Netflix. The film is slated to release on July 22, 2022, on Netflix.

The Gray Man Movie will be directed by Joe Russo and Anthony Russo. Based on the Gray Man’s Mark Greaney novel (2009), the action thriller is described as a deadly dual between killers as Gentry (Gosling) is hunted across the globe by Lloyd Hansen (Chris Evans), a former cohort of Gentry’s at the CIA. The Gray Man (real name Court Gentry) is a freelance assassin and former CIA operative.

Here is the complete cast list of the Netflix movie The Gray Man,

The trailer video of Netflix The Gray Man film will be released soon. According to the makers, the shoot commences in January 2021 in Los Angeles. The film is slated to be released in 2022.