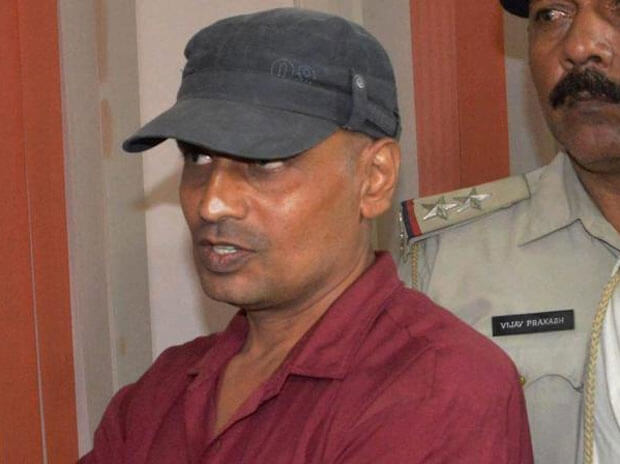 The Topper of class 12 board exam, Mr Ganesh Kumar had got arrested for doing fraud on board exam in Bihar. This incident matched with the last year topper Ruby Rai incident. She did the same and caught by asking some basic questions from her subjects, and she got arrested. His results are former for all the students, and it has cancelled. For hiding his age, the Bihar School Board has also filed the case against Ganesh Kumar. Mr Ganesh is 42 to write his exam he maintains his age as 24 and the main thing that he is the father of two children.

Read also Without Aadhaar No Midday Meals For Students in UP

Ruby Rai the last year topper she said that Political Science is about cooking that becomes a national scam. This year Mr Ganesh Kumar locked by media by asking some questions on music, he is a topper in humanities in that he scored 65 out of 70 in his practical.

Mr Kumar in an interview to a TV news channel said singer Lata Mangeshkar is known as ‘Maithili Kokila’, a title bestowed on folk singer Sharda Sinha, who is from Samastipur, where his school is situated.

When they were asking the basic things in music like  ‘Sur’, ‘Taal’ and ‘Matra’ it is very difficult for him to answer the questions. Then they asked what did he done in his practicals he said; he sang some few lines from Bollywood.

Ruby Rai scored in her exams but she cannot able to answer the questions in Media.

He appeared for the exam in Ramnandan Singh Jagdip Narayan High school in Samastipur’s Chhakhabib village, and he also scored  82.6 percent.

The function for the toppers in his school cancelled because of this issues said by the reporter of Samastipur. Kumar is basically from Giridih village in Jharkhand, and he said that he came to this village a few years ago for the means of support then he got admission in school under the guidance of some people in that village.

Mr Kumar has decided himself get admission in the school, the founding secretary, Jawahar Prasad Singh of the school said this.

The chairman of the board said that the evaluation process was done properly said by the State Education Minister Ashok Choudhary, after a meeting with Chief Minister Nitish Kumar. Then he also stated that media is always trying to do something negative to the government.

The state education minister asked that the media person who asked the question is the great musician.

In the Press Meet, he pointed that the evaluation done by the teachers are very strict you cannot judge the students by just asking the question, and he also stated that the pass percent is very low this year.