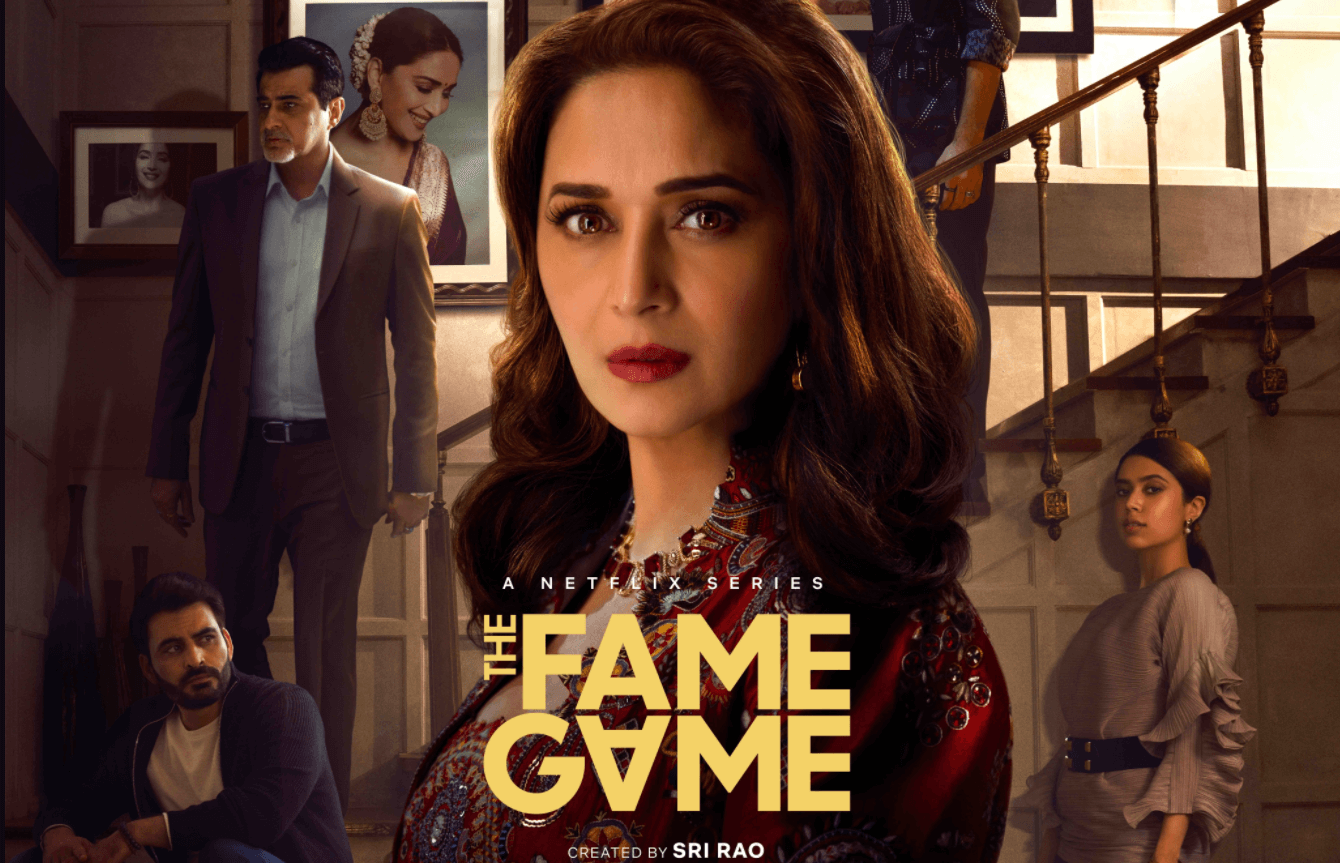 The Fame Game is the latest Hindi web series starring Madhuri Dixit in the lead role. It is her digital debut series that streams from February 25, 2022 (Friday). The series is streamed online on Netflix. The Fame Game also features Sanjay Kapoor, Manav Kaul, Lakshvir Saran, and Suhasini Muley It was initially titled “Finding Anamika”. The story revolves around Bollywood icon Anamika Anand, who has it all but is her life perfect or a perfectly crafted facade. The series was bankrolled by Dharmatic Entertainment.

You can download all the latest episodes of The Fame Game series on Netflix.

The Fame Game web series was directed by Bejoy Nambiar and Karishma Kohli. The plot of the story revolves around the missing celebrity and interrogation of police with their family and relationships. You can stream and download The Fame Game Web Series episodes on Netflix.

Here is the complete cast list of Netflix The Fame Game Web Series 2022,

Check out the complete details on Netflix The Fame Game Series 2022,