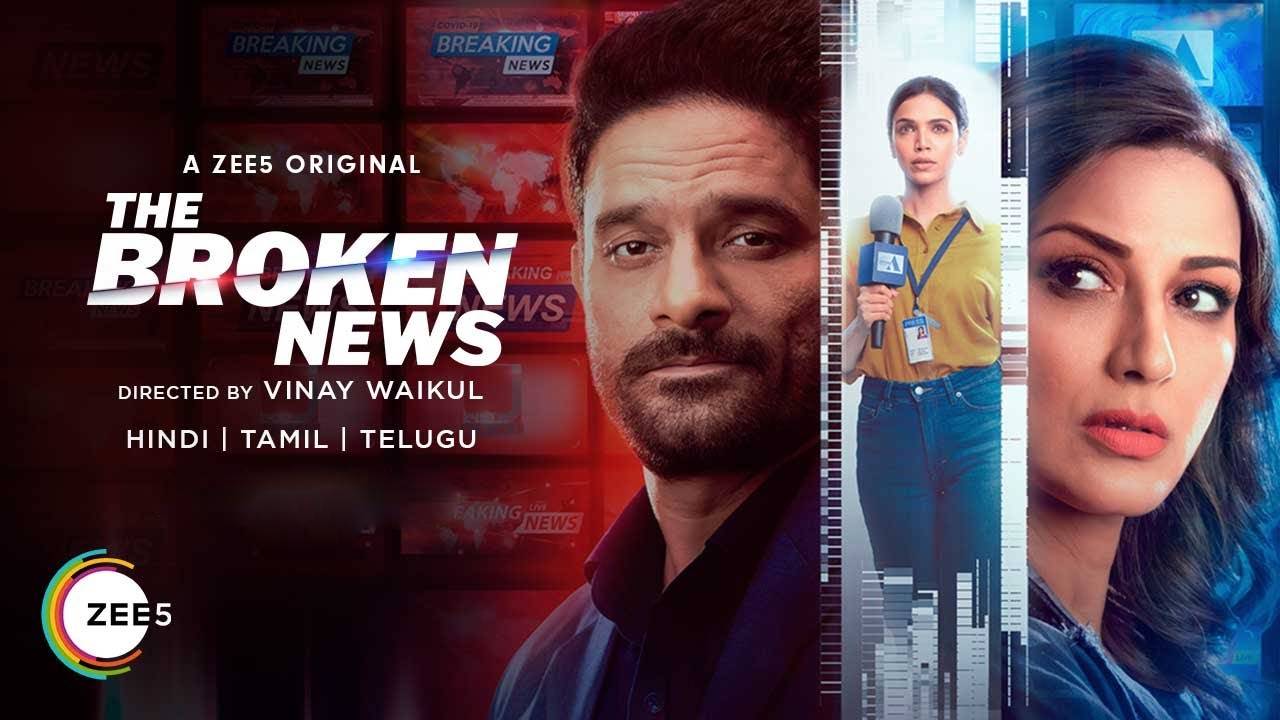 Watch The Broken News Web Series (2022): ZEE5 drops the announcement of the latest original series The Broken News. It stars Sonali Bendre, Jaideep Ahlawat, and Shriya Pilgaonkar in important roles followed by others in supporting casts. It is directed by Vinay Waikul and produced by BBC Studios India. This web series is the adaptation of popular British series “Press” Watch all the episodes of The Broken News only on ZEE5 from June 10, 2022.

The tale of the series revolves around the popular news channels that take the rivalry action in terms of bringing into high TRP lists. The Broken News is one of the quirky entertainers which engages the audience and makes them curious till the end. Users can stream and download The Broken News web series episodes exclusively on ZEE5. The series also comes in multi-lingual audio formats like Hindi, Tamil, and Telugu.

Check out the complete details of The Broken News Web Series ZEE5 Originals 2022,