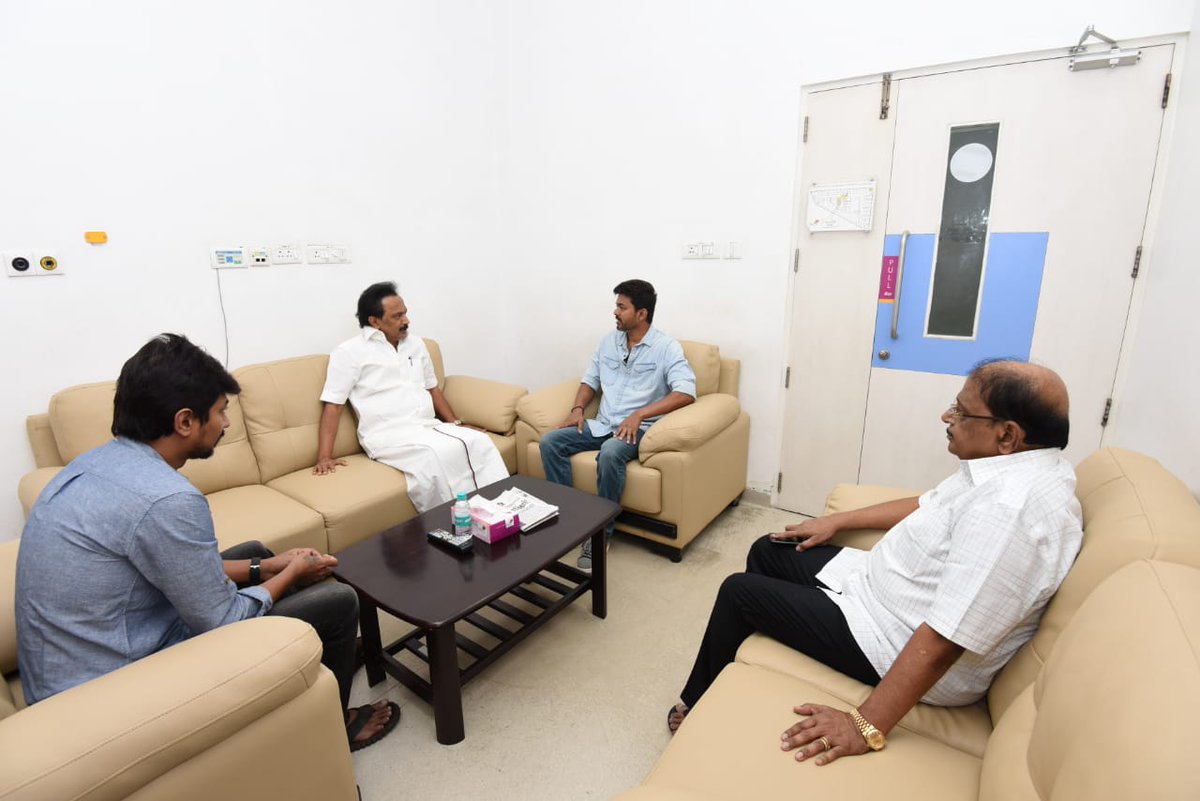 Latest Update on Kalaignar Karunanidhi’s Health: On Wednesday morning, Actor Thalapathy Vijay has arrived at Kauvery Hospital to inquire about the current condition of DMK leader Kalaignar Karunanidhi. Earlier, the hospital has released a new statement stated that Karunanidhi has responded well to the medical management and his vital signs have gradually normalised.

On Sunday, Chennai’s Kauvery hospital has released a statement stated that “DMK president and former chief minister of Tamil Nadu, M Karunanidhi has faced a transient setback in his clinical condition and his vital signs are normalising with the medical support.” Following that, huge security has been deployed outside the Kauvery Hospital to control the overflowing crowd.