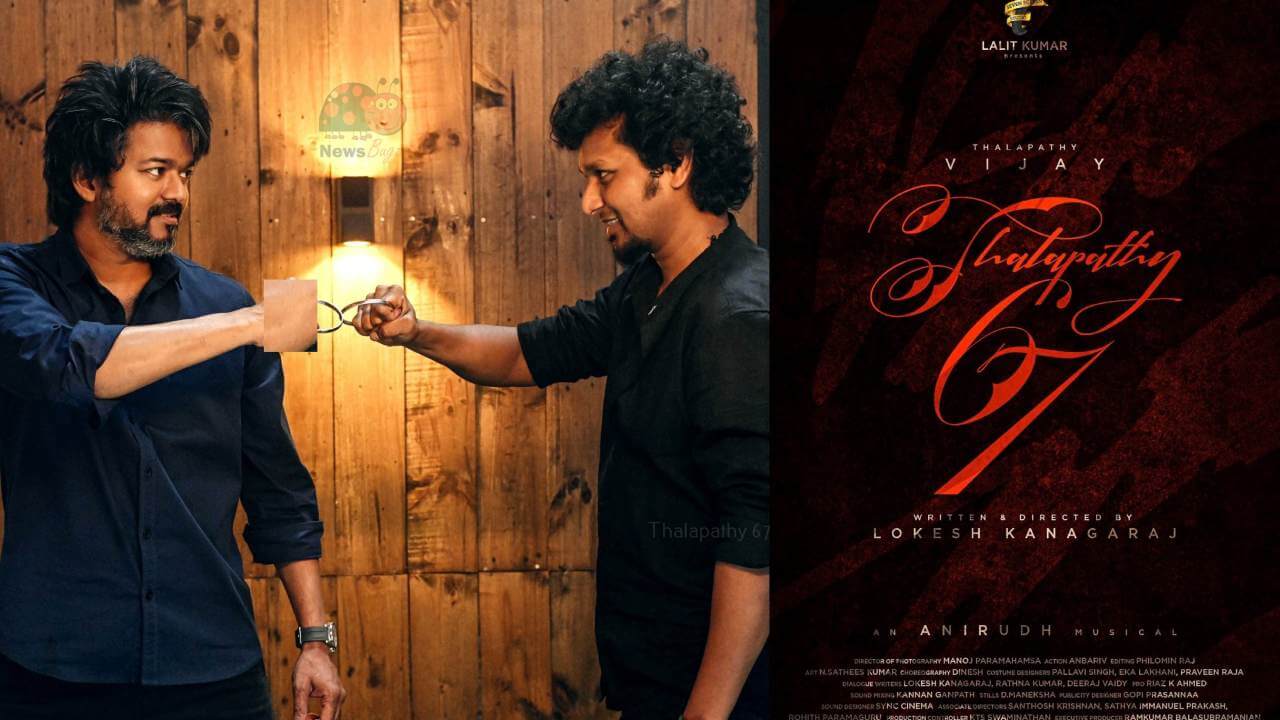 Thalapathy 67 is a new Bombay gangster film. The film was written and directed by Lokesh Kannagaraj. The music will be composed by Anirudh. It is the second collaboration of Thalapathy Vijay, Lokesh Kanagaraj, and Anirudh after Master. Thalapathy 67 is produced by Lalit Kumar under 7 Screen Studio. It is co-produced by Jagadish Palanisamy. The announcement teaser is planned to release on February 3rd at 6.07 PM evening.

The pooja happened recently at AVM studios in Chennai. It is one of the most awaited films of Kollywood that will make history.

According to sources, the shoot will happen for four days in Chennai, while the major part of the film was planned to shoot in Kashmir.

In a recent interview, director Lokesh Kanagaraj said that once the official announcement is made, then he’ll confirm whether Thalapathy 67 is LCU (Lokesh Cinematic Universe) or not. But it is confirmed that Thalapathy 67 is not a part of LCU, and it is a completely standalone film that will be released in two parts.

There is a buzz that digital rights are with Netflix for whopping 160 crores and satellite rights are with Sun TV for massive 80 crores. Unarguably, Thalapathy 67 is the biggest Tamil film ever in terms of pre-release business, which has almost touched 500 crores.