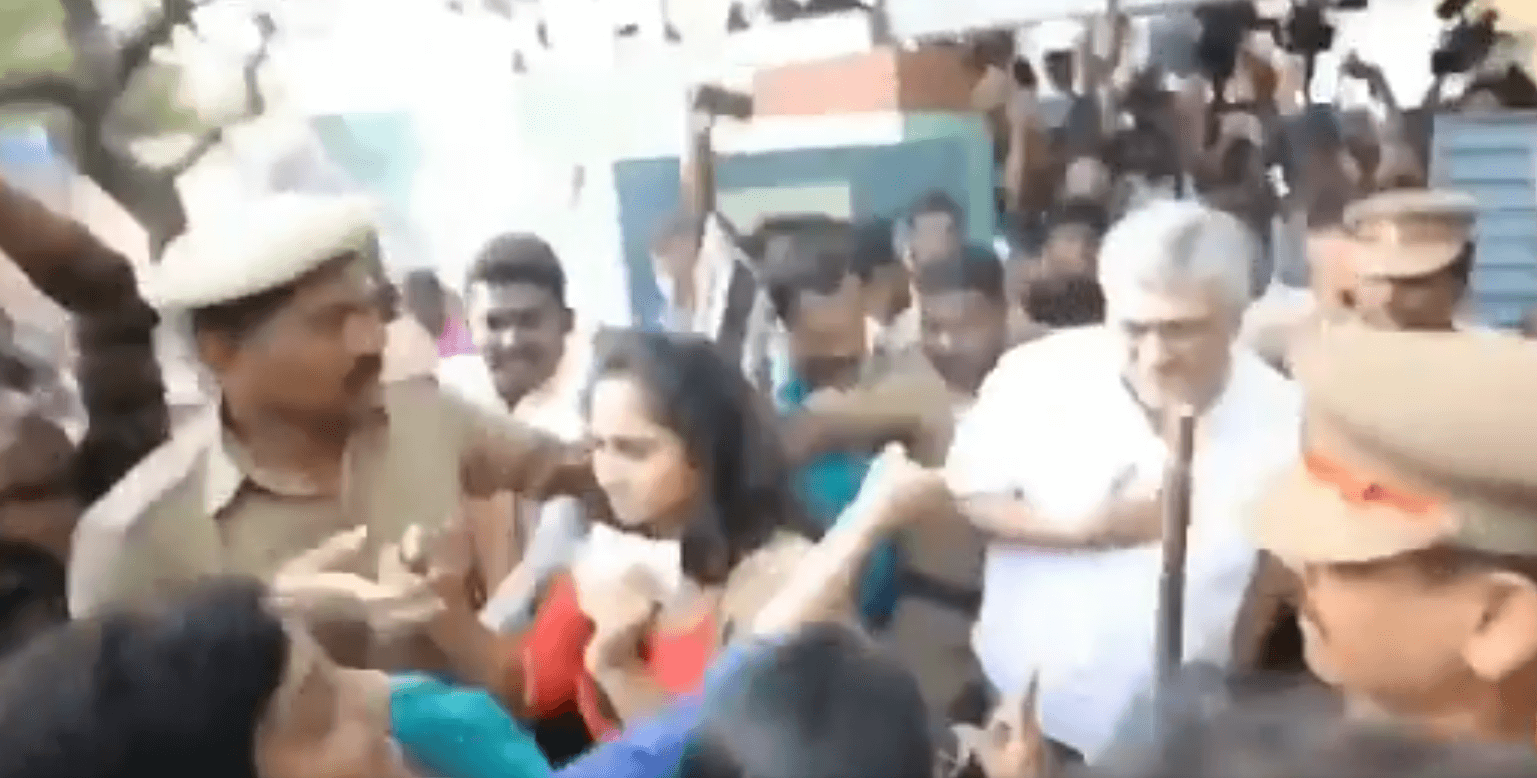 In a shocking incident, Thala Ajith was attacked by the mob while he was rushing to cast his vote. Lok sabha election 2019 was held in Tamil Nadu on April 18, 2019. On that day, many of celebrities stepped out their houses and lined up to cast their vote.

Also, Ajith and his wife Shalini were spotted standing in queue to cast their votes near their residence in Thiruvanmiyur in Chennai. The actor was attacked by mob when he stepped out from the polling booth. The video of this incident goes viral on twitter with the hashtag #ஓட்பூத்தில்செமகாட்டு.