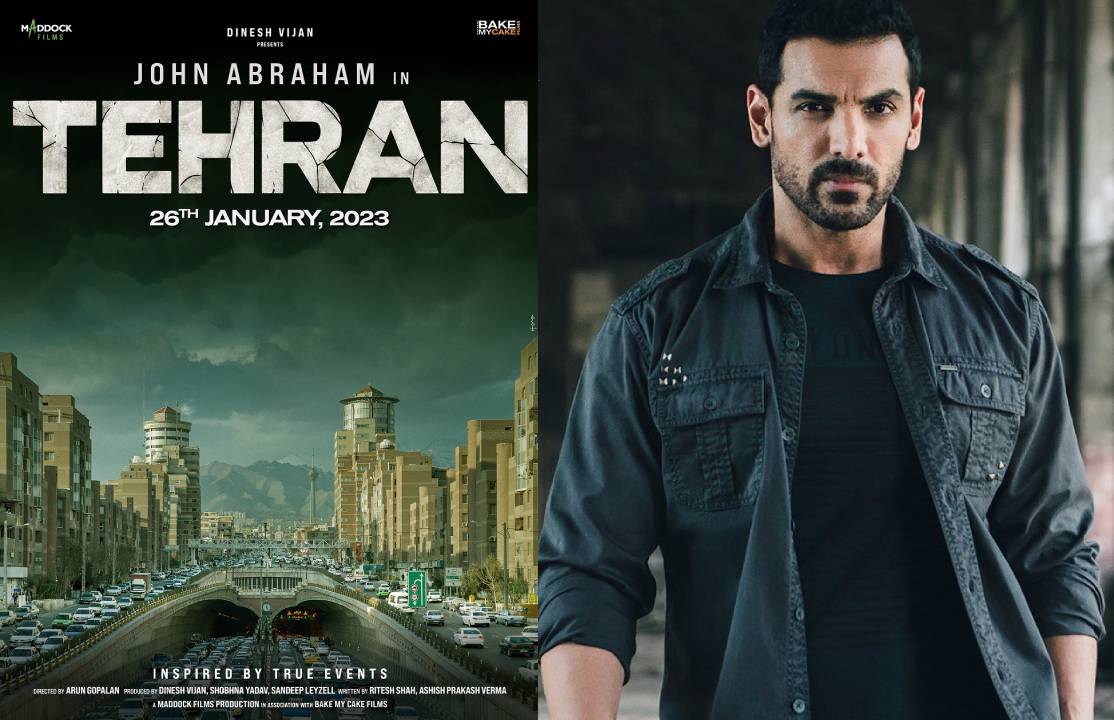 John Abraham starrer latest action thriller drama Tehran is set to big screens on January 26, 2023. It is directed by Arun Gopalan and jointly produced by Dinesh Vijan, Shobana Yadav, Sandeep Leyzell under the banner of Maddock Film Productions in collaboration with Bake My Cake Films. The film is based on truly inspired events and it’s scripted by Ritesh Shah, and Ashish Prakash Verma. While actress and model Manushi Chhillar joins the crew.

Take a look at the main cast of upcoming Tehran movie 2023, the full cast and crew members will be updated soon,

Tehran movie OTT release date will be announced after the completion of the movie. The film hits the theatrical release, later it is taken to premiere online on the OTT platform.

The official trailer and teaser of the upcoming Tehran Hindi Movie 2022 will be updated here,

Check out the movie poster of Tehran Hindi film,

The songs, tracks, ringtones of John Abraham’s Tehran movie will be released soon.