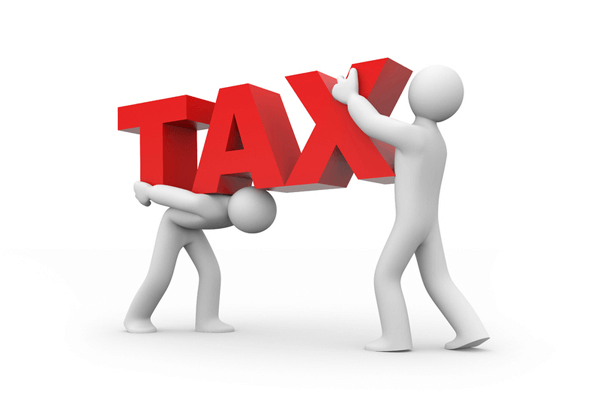 Taxes are levied by the Central Government and the State Government to improve income for the undertaking projects, the economy of the country and also to raise the living standard of its citizens. There are some minor taxes which are also levied by the local authorities like Municipality.

“No tax shall be levied or collected except by the authority of law”.

Therefore, each levied taxes has to be financed by an accompanying law that passed either by the Parliament or the State Legislature. In 2015-2016, the gross tax collection of the Centre resulted in ₹14.60 trillion.

Direct Taxes states that people should pay the tax directly to the Union Government of India. Direct taxes are levied on corporate and individual entities but cannot be transferred to others. Direct taxes include income tax, wealth tax, and gift tax. A survey in Tax Commission reports, the Republic of India has observed a consistent rise in the collection of taxes over a period of past years. The visible growth in these tax collections and the rate of taxes indicates a healthy economic growth in India. Also, it portrays the compliance of high tax simultaneously with better administration of taxation. Few taxes that are imposed by the Indian Government

Income Tax is also called as the IT Act of 1961. The main aim of this act is to set the rules by dictating income tax in India. Income tax includes the sources like a owning a house or property, business and profits get from investments and salaries, etc. The IT Act is the only source to know how much the tax benefit on a fixed deposit and a life insurance premium will be and also this act decides how much of your income can be saved through investments.

The Wealth Tax Act was established in 1951 and it relates to the net wealth of an individual and a company. For example, if the net wealth exceeded Rs. 30 lakhs, then 1% of the amount that exceeded Rs. 30 lakhs was payable as a tax. An individual who earns more than Rs. 1 crore per annum, the tax of 12% should be paid and for companies that have a wealth of over Rs. 10 crores per annum.

The Gift Tax Act of 1958 stated that tax should be paid on received gifts, valuables or monetary and tax on such gifts was maintained at 30%. For example, if a gift was given like a taxable property such as jewelry, shares and more, the tax should be paid which is maintained at 30%. But after implementing the new rule that gifts given by family members like brothers, sister, parents, spouse, are not taxable. Also, gifts given to you by the local authorities or government are excluded from this tax.

The Interest Tax Act of 1974, the tax that was payable on interest received in particular situations. In the last alteration to the Act, it was said that the Act does not apply interest to the amount which was earned after March 2000.

Indirect Tax in Nation is levied on some specified services and goods. This type of Indirect tax is not levied on any particular or individual organization and should not pay directly by the assessee to the government authorities. The Activities which fall within the boundary of the indirect taxation are included in the range starting from manufacturing goods and delivery of services to those that are intended for consumption. Other activities like importing and trading are even included within this range. These types of activities result in involvement and implementation of other indirect tax in all lines of business. The regime of indirect tax includes different kinds of taxes.

The portion of your annual income is the Income tax that is paid at the end of every financial year to the government. This tax money is used to support various developmental activities, build infrastructure and for defense purposes for our country.

The government provides several tax benefits and tax exceptions to encourage certain categories of people like sportspersons, women and senior citizens to continue earning, investing and providing for themselves.

Penalty for Not Paying Taxes

Depends upon the cruelty of the crime, the penalties range from fines to imprisonment. For Example, if the person fails to pay a self-assessment tax or interest and fee, maximum 300 per cent of tax will be collected in respect of undisclosed income.

Goods & Services Tax is defined as multi-stage, comprehensive, destination-based tax that will be taxed on every value addition. To understand this definition, we all need to know the concept of this easily,

Let us start with the term ‘Multi-stage.’ An item starts from manufacturing and sends it to the final sale, the first stage is Buying of raw materials. The second stage is its production. Then the warehousing of materials in an item. Then, it reaches the sale of the product to the retailer. And in the final stage that is completing its life cycle as the retailer sells you the product that is the end consumer. Goods and Services Tax will be taxed on all the stages, which makes it a multi-stage tax. This is because of Valve Addition, let us see about it  Continue Reading…

Each seller who sells their products or services to the customer must issue an Invoice copy to the customers. It is mandatory that everyone should be aware of the new GST Invoice as it comes with quite some changes in the current regime. Here in this article, the GST invoice and how to create it, things to be included, new format are discussed in detail.

The GST is going to change the way the country is now complying with taxation. It is going to unite all the States and Union Territories under one roof for a better and wise tax reporting structure. To achieve this, GST requires a hassle free invoice based reporting system of the process flow. Thus all the important information about the goods and services are recorded and maintained until the last stage. Continue Reading…

GST migration has several challenges in reality. GST accounting entry is one of the major shift we need to undergo. You have no other option but to follow the new GST regime. It is the new way of handling taxes and a new way of taxation. In this post, we will discuss the list of changes one has to undergo and ways to do it. Continue Reading…

As a consumer, you are liable to pay taxes on time and always should be aware of all the taxes.

Terrorism in India | Major Groups of Terrorism and Recent Attacks