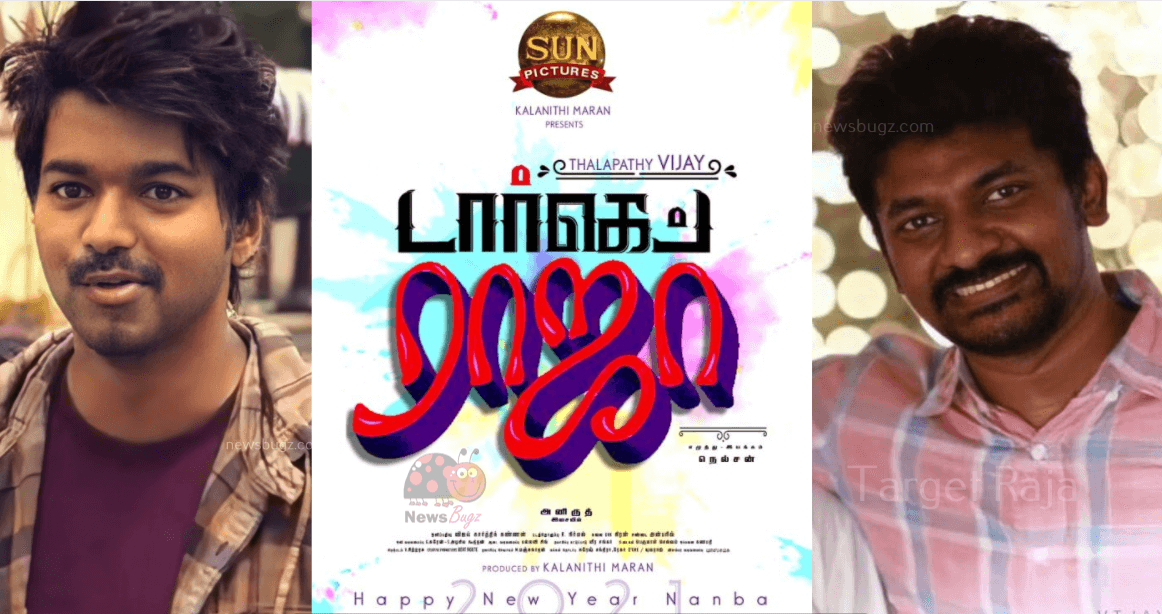 Thalapathy 65 (Tentatively titled as Target Raja) is a upcoming Tamil movie starring Thalapathy Vijay in the lead role. Directed by Nelson Dilipkumar, the film was bankrolled by Kalanithi Maran under Sun Pictures banner. The music for the film was composed by Anirudh Ravichander.

Repotedly, the first look poster of the film was leaked on the internet and gone viral.

The trailer video of Vijay’s Target Raja movie will be updated soon.

Here is the first look poster of Target Raja film,