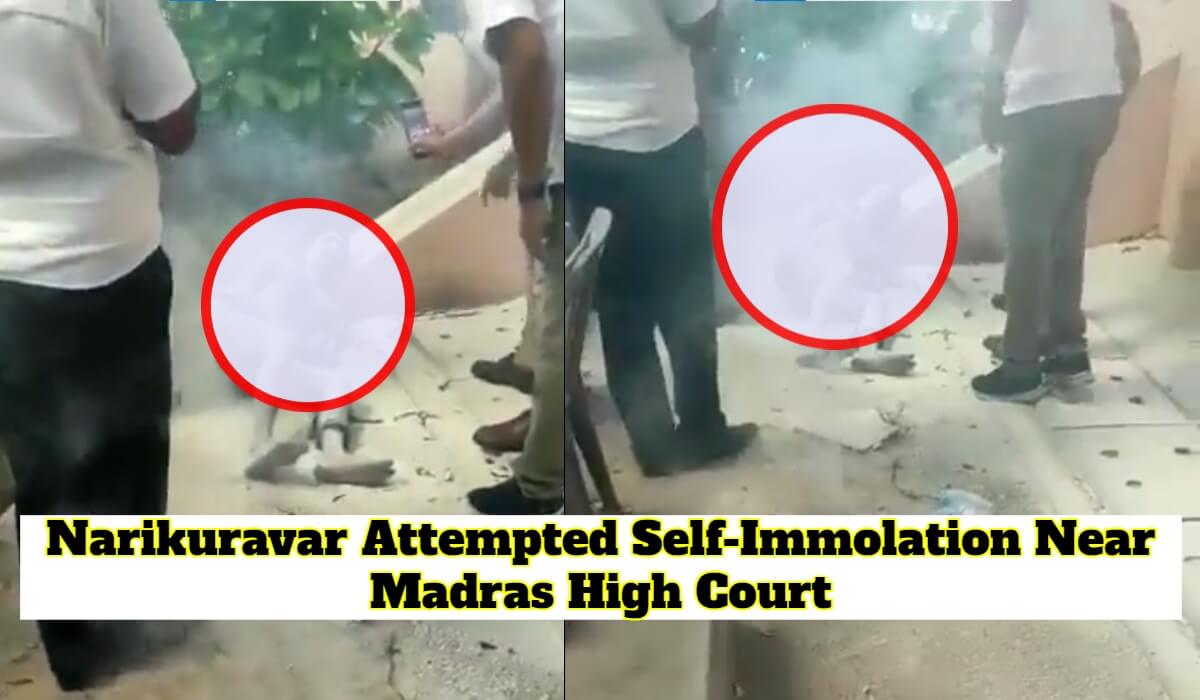 Velmurugan, a member of the Narikuravar community, set himself on fire near the Madras High Court after his request was denied by the government administration. In the video, the victim was burnt severely, and some have been seen photographing the incident with their mobile cameras instead of helping them. The victim was rushed to the hospital with burns.

Velmurugan, who lives in the Patappai area of ​​the Kanchipuram district, attempted self-immolation for not issuing a caste certificate (community) for his son. The incident occurred behind the family court building inside the Madras High Court campus on 11th October 2022.

Velmurugan, who struggled in Kilpakkam Government Hospital, died on 12th October 2022 with 95% of burns. His relatives started protesting outside the hospital for justice. After two days of struggle, his body has been handed over to his relatives in Chennai. Velmurugan has tried for the past five years seeking a caste certificate for his son’s education.

The relatives urge the government to provide employment to Velmurugan’s wife Chitra and the government should also bear the education expenses of her three children.