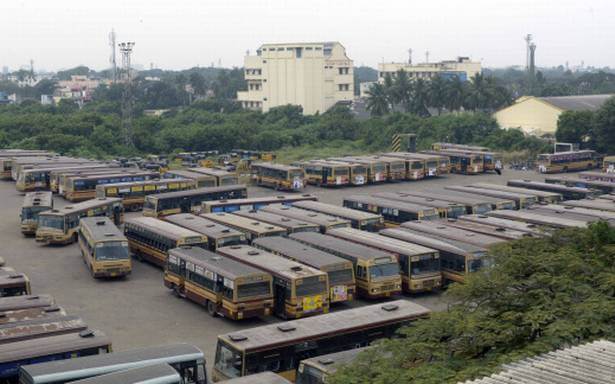 The Tamil Nadu State Road Transport Workers on Strike against the government on today morning the subsequent failure of discussions over their spending of wages. Not only SETC with the help of various trade unions included for this opposition. Dravida Munnetra Kazhagam’s (DMK), Labour Progressive Federation (LPF), and Left Front’s Center of Indian Trade Unions (CITU) have gone to the statewide strike. The state government still needs to pay around Rs 7,000 crore in various forms like PF (Provident Fund), ESI (Employee State Insurance) and EPF (Employee Provident Fund).

Click here for TamilNadu Hits 92.1% in Plus Two Results

It is the another test for our Chief Minister Edappadi K Palanisamy, and the main thing is that our state is sailing in the turbulent water.

Here we came to that the transport corporation workers have not yet got their due for almost four years but the due amount is being continuously detecting from their salary. For this strike, nearly 1.15 lakhs workers participated and there were approximately 22,000 buses will not be functional, and it also affecting the normal life of the people.

The state transport corporation is in the position to pay Rs 1,480 crore to the retired workers, for the working staff Rs 250 crore and 4,730 crores as arrears that taken from the employee’s salary.

Mr.Vijayabhaskar the State Transport Minister, is continued his discussion with the representatives of the worker union and they started their meeting to release Rs 500 crore, and now they were asking for Rs 1,250 crore despite, their discussion failed.Concurrently

Simultaneously, the Government of Tamil Nadu is also tried to launch transportation roping by using retired drivers to operate private and mini buses.

They have announced that they increased three special trains and for the passenger’s frequency they also increased local trains to avoid inconvenience.

We can see that on one side the workers has posted poster that says no buses will function, in the meanwhile the AIADMK’s trade union that is ATP has pasted posters says that the buses will operate, this makes a significant confusion among the passengers.

TN Government Plans to Hire Temporary Drivers Due to Strike