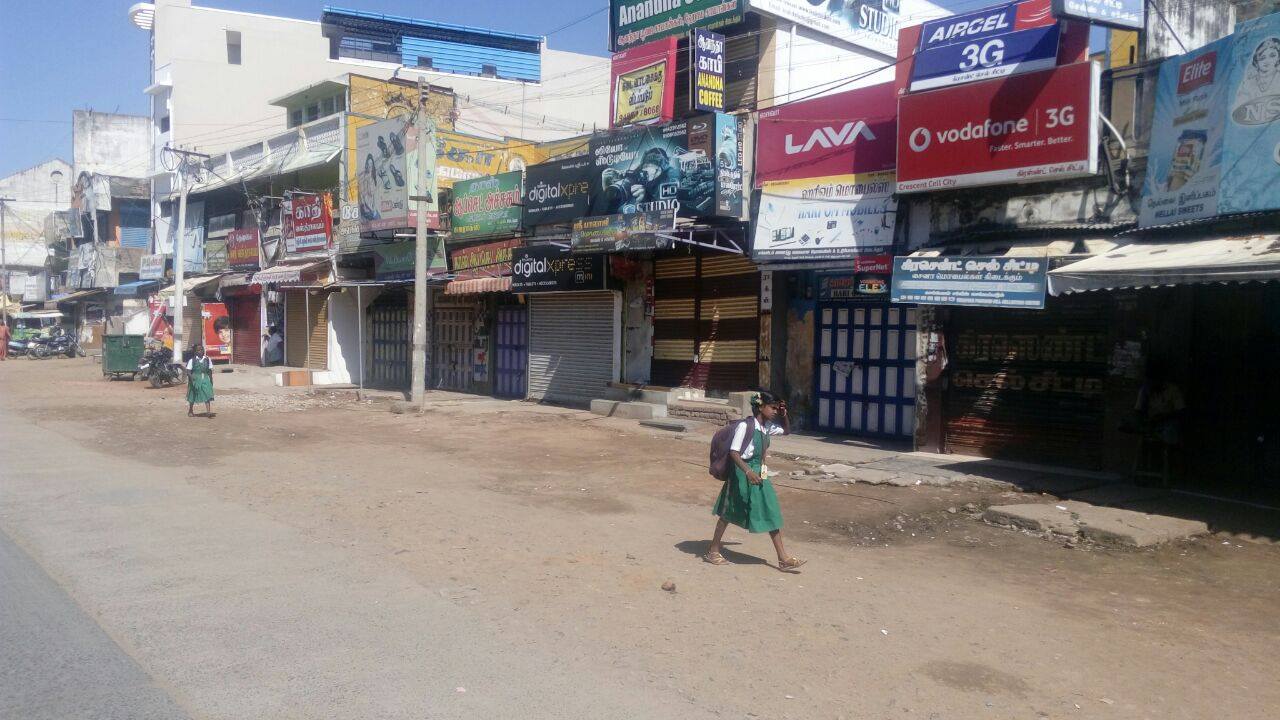 Tamil Nadu Bandh Over Cauvery Issue: The Opposition party DMK and other parties like Congress, CPI(M) and CPI sponsored bandh today in Tamil Nadu to protest against the Union government’s failure to set the Cauvery Management Board. DMK working president M.K. Stalin protested near the EVR statue in Anna Salai, Chennai.

Since last week, protests, fasts, and demonstration are being held in the state against the Centre’s failure to set up the CMB. The Opposition party Dmk alleges that the ruling party in Tamil Nadu has failed to exert pressure on the central government to constitute the CMB.

DMK’s working president MK Stalin had met friendly opposition parties in Chennai on April 1, seeking their support for today’s bandh over Tamil Nadu. He even appealed to all sections of farmers, students, lawyers, traders, trade unions, film associations, milk distributors and others, to support the shutdown and unite for the Cauvery cause.

The state Congress president S Thirunavukkarasar, VCK (Viduthalai Chiruthaigal Katchi) chief Thirumavalavan, Tamil Nadu secretaries of the CPI (M) and the CPI – K Balakrishnan and R Mutharasan, respectively – were among the leaders who attended the meeting organized by MK Stalin.

A police official has alerted across Tamil Nadu to tackle any bandh-related violence. In a note to Commissioners and Superintendents of Police, the Director-General of Police has called for all-out efforts to maintain peace amid continuing agitations such as rail roko and demonstrations. The police were instructed not to use force, to the extent possible.

No Bus service between Tamil Nadu and Karnataka

Interstate bus services between Karnataka and Tamil Nadu had disrupted in the wake of the statewide bandh. The Karnataka State Road Transport Corporation (KSRTC) will not operate its daytime buses and will start running its services by evening.

The buses and vehicles from Tamil Nadu have stopped its services at Hosur in Krishnagiri district on Wednesday midnight around 1 am. Similarly, buses which already reached across Karnataka including Bengaluru have returned to Hosur on early Thursday morning.

No Train services will be affected

A senior official will be the South-Western Railway said that all trains that operate towards Tamil Nadu route and all of them will operate as per schedule. Chennai’s Metropolitan Transport Corporation (MTC) is expected to run skeletal services since drivers affiliated to the trade union of the ruling AIADMK are likely to report to work. Farmers in delta districts have decided to block trains in different areas. Opposition parties and some workers will block main roads.

Unidentified people pelted stones on the government bus in Tirupur district. Police officials said they had identified seven culprits who hurled the stones. Meanwhile, the traders had commenced shut down agitation in the district.