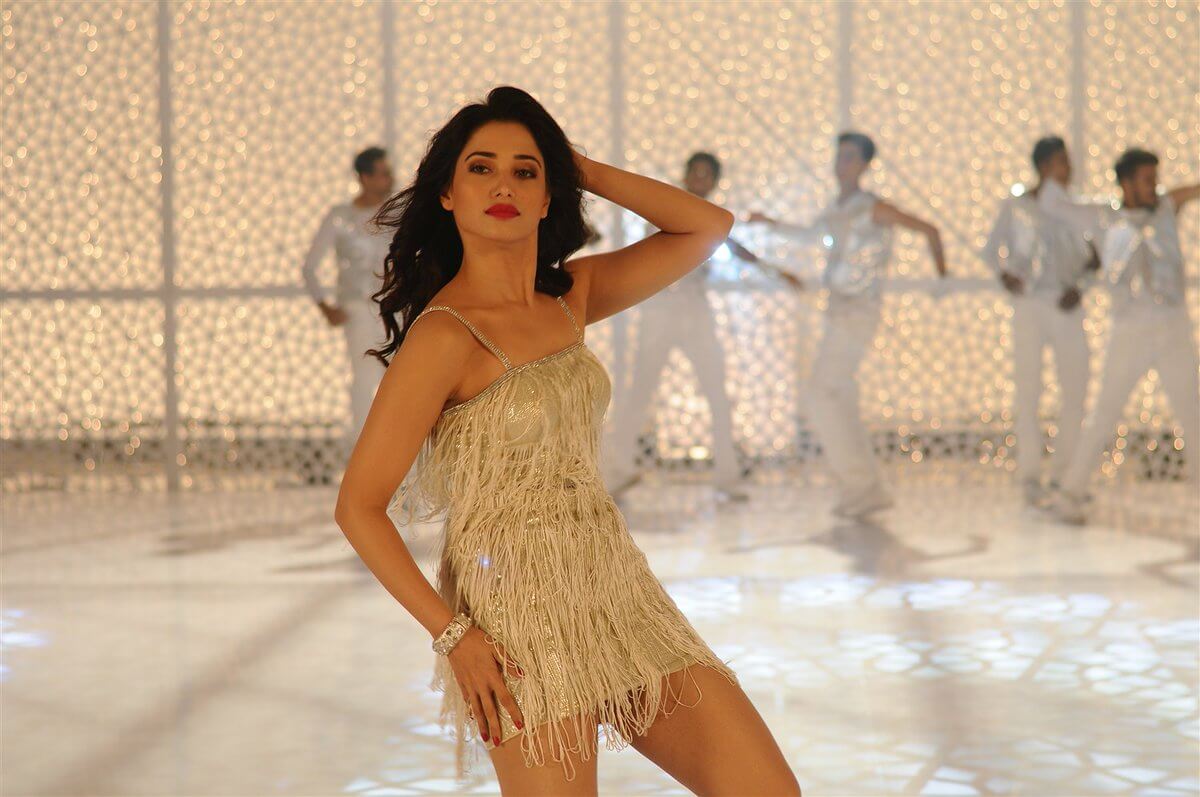 Tamannaah Bhatia is an Indian movie actress, who predominantly works in Tamil film industry. She not only works in Tamil film industry she also worked for language industries like Telugu and Hindi as well. Apart from acting she also featured in various stage shows, with that, she is the prominent celebrity endorser for brands and products. She made her debut Hindi movie titled Chand Sa Roshan Chehra as Jia which is directed by Shabah Shamsi and her debut Telugu movie is Sri as Sandhya directed by K. Dasarath in 2005. Then her Tamil movie is Kedi appeared as Priyanka directed by Jyothi Krishna. Check out below for Tamannaah Bhatia Wiki, Biography, Age, Movies List, Family, Images and more.

Tamannah Bhatia was born on 21 December 1989 in Mumbai, Maharashtra, India. Tamannah Bhatia family is now residing in Mumbai, Maharashtra, India. Her father name is Santhosh Bhatia who is a is a diamond merchant and her mother name is Rajani Bhatia with that, she has an elder brother named Anand. She did her schooling in Maneckji Cooper Education Trust School, Mumbai and she did her graduation in National College, Mumbai. At the age of 13, she started her career by seeing her in the school annual day function, she got the lead role and she is also being a part of Mumbai’s Prithvi Theatre for a year. Later she also featured in the Abhijeet Sawant’s album song “Lafzo Mein.”

At the age of 15, she made her debut movie Chand Sa Roshan Chehra and this movie was released along with the album. Then in the same year, she made her debut Telugu movie Sri and in the next year, she did her Tamil movie Kedi. In the year 2007, she appeared for her second Tamil movie Viaybari directed by Shakti Chidambaram with S. J. Surya. Then she featured in two college-based stories they are Happy Days in Telugu and Kalloori in Tamil directed by Balaji Shakthivel and the movie is produced by S. Shankar both the movies were received a critical acclaim among the people. For her performance, she later earned her a nomination at the 56th Filmfare Awards South in the Best Tamil Actress category. In 2009, her first release Tamil movie is Padikkadavan which is directed by Suraj with Dhanush. Then she got a breakthrough from the movie Ayan she featured with actor Suriya directed by K. V. Anand and it is a commercially successful movie. Later she featured in the Hindi remake movie Kanden Kadhalai with actor Bharath directed by R. Kannan and her performance gave her huge recognition among the people. For this movie, she nominated at the 57th Filmfare Awards South in the Best Tamil Actress category and won the South Scope award for the same category.

In the following years, he appeared in nearly 60 films in three different languages and with all top actors in both Tamil and Telugu movies as well. Moreover, she is the first actress who was nominated at Saturn Awards for Best Supporting Actress. In the year 2017, she won the “Dayawati Modi” Award with that she received the honorary doctorate from CIAC in association with KEISIE International University, South Korea for her grants to Indian cinema. She is also featured as a model in various television commercials, with that, she is supporting for some of the popular brands like Celkon Mobiles, Fanta and Chandrika Ayurvedic soap. Moreover, she is the brand ambassador of the Salem based jewellery shop AVR and Khazana Jewellery. She also appeared in some Tamil advertisements like Shakthi Masala, Power Soap and Sun Direct. Then for the Celkon Mobile ad shoot, she worked with Virat Kohli. She is also the brand ambassador for channel Zee Telugu. In 2015, she jumped into the retail jewellery business named White-n-Gold having malls at Mumbai and Bangalore. In 2016, she became the brand ambassador of the Government of India’s campaign Beti Bachao, Beti Padhao, an initiative of FOGSI.

NRI of the Year Awards