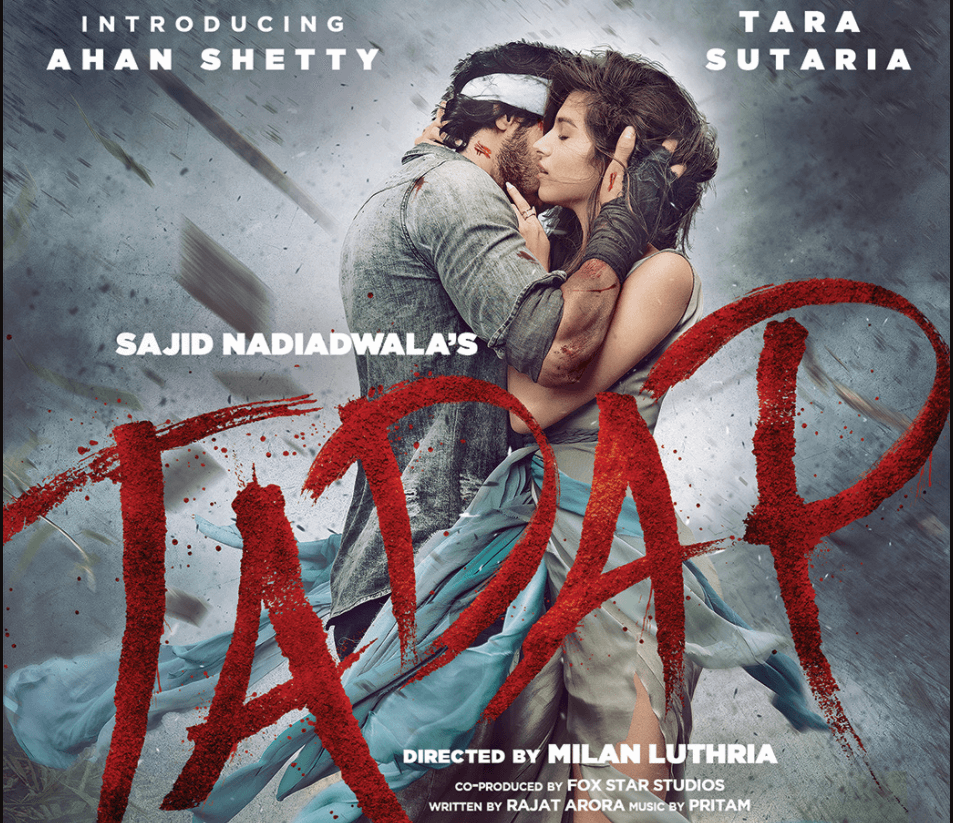 Tadap is an upcoming Hindi movie written and directed by Milan Luthria. The film is being produced by Sajid Nadiadwala under the Nadiadwala Grandson Entertainment banner. Suneil Shetty’s son Ahan Shetty made his debut lead role while Tara Sutaria plays a female lead role in the film. It is an official remake of the blockbuster Tollywood flick RX100. The director has adapted the Telugu story to suit the Hindi audience. The film is likely to release on 3rd December 2021.

Talking about the film, director Milan stated, “The story plot of the film is very intriguing. It is a love saga that will leave the audience surprised. It is a stark love story, with both the leads having strong parts. I have seen Tara and Ahan perform together during the rehearsal workshops and they have immense chemistry.”

Here is the main cast list of Tadap hindi movie,

Take a look at the movie poster of Tadap film,