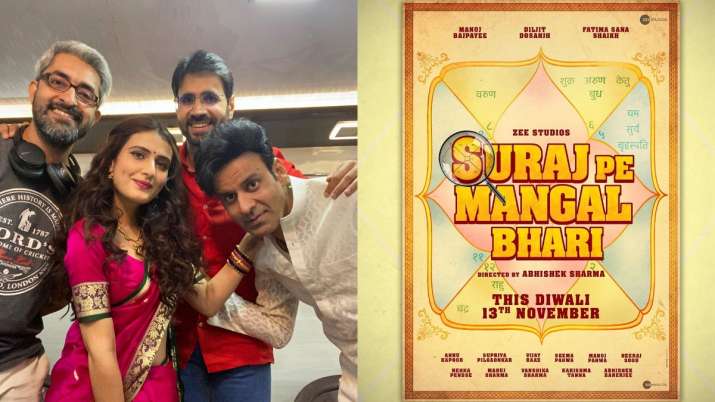 Suraj Pe Mangal Bhari is an upcoming Hindi movie starring Manoj Bajpayee, Diljit Dosanjh, Fatima Sana Shaikh, Rohit Roy, Annu Kapoor in the important characters. Directed by Abhishek Sharma, the comedy-drama was bankrolled by Shariq Patel and Subhash Chandra under Zee Studios and Essel Vision Productions banner. The music of the film was jointly composed by Sachin-Jigar and Tanishk Bagchi’s music while Anshuman Mahaley handles the camera. The film is slated to be released this Diwali 2020.

Set in the 1990s, the film is a social satire. Suraj Mehra (Manoj Bajpayee) is playing a wedding detective, who does a background check of grooms. In 90’s it was the norm as there were no mobile phones or social media and people had to deal with everything physically. This gives rise to comical situations.