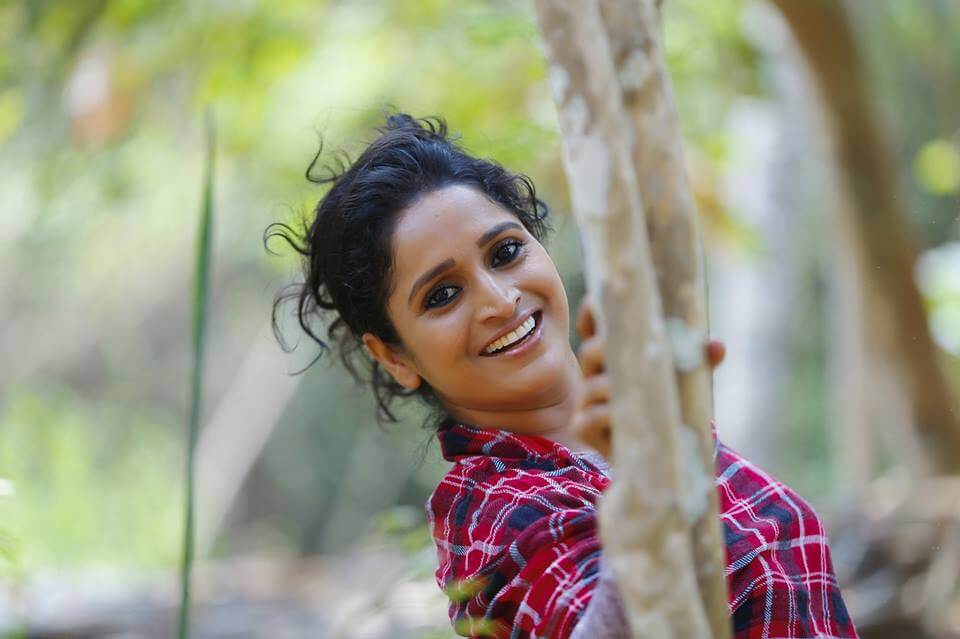 Surabhi C. M., better known by her stage name Surabhi Lakshmi is the Indian Film, television, and stage actress who appears in the Malayalam television and films. She won the National Film Award for Best Actress for the Malayalam film Minnaminungu in 2017, at the 64th National Film Awards. She won the reality show “Best Actor” in Amrita TV. She then has acted in films like Thirakkatha, ABCD, Pakal Nakshatrangal, Puthiya Mukham, Gulmohar, Katha Thaudarunnu and many more. Check out below for Surabhi Lakshmi Wiki, Biography, Age, Family, Movies, Images and More.

Surabhi Lakshmi was born on November 16, 1986, She hails from Narikkuni in Kozhikode, Kerala. She has completed her schooling in AUP School Mangad, Kerala. With a merit scholarship, Surabhi passed her BA degree in Bharatanatyam (2009) with the first rank from Sree Sankara College. She did her Master of Arts (MA) in 2011 in Theatre Arts from the same college with the merit scholarship from the Kerala Sangeetha Nataka Akademi. She did her Master of Philosophy in Performing Arts from Mahatma Gandhi University, Kerala.

In 2012, Surabhi was in the television serial ‘Kadhayile Rajakumari’ which was directed by K. K. Rajeev. She was in Minnaminugu in 2016, The Firefly, directed by Anil Thomas and written by Manoj Ramsingh. She has also appeared in the television serial M80 Moosa on MediaOne TV. Surabhi has also won Best Actress award in 2017 for the drama Bombay Tailors by Athithi School of Performance, Edappally, directed by K Vinodkumar. She won the Aby Dhabi Theatre Fest in 2010 and Flowers TV Best Comedian Award in 2016.