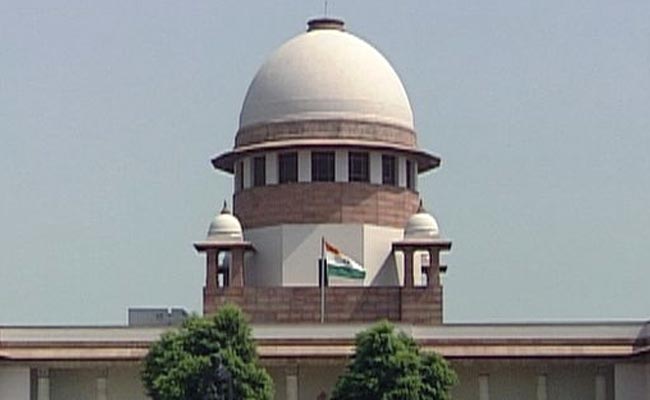 The Supreme Court on Friday has questioned the Central government‘s logic behind making Aadhaar mandatory for filing income tax returns, asking whether this would indeed be a remedy to end the generation of fake PAN and ration cards. “Is this the remedy? Forcibly suggesting people get Aadhaar cards?” A.K. Sikri, who is the Justice heading a Bench, comprising of Justice Ashok Bhushan, asked Attorney General Mukul Rohatgi. Earlier, The Supreme Court had directed the Central Government to link Aadhaar number with all the SIM cards within a period of one year.

The court was gathering a petition filed by former Kerala Minister Binoy Viswam, represented by senior advocate Arvind Datar and promote Sriram Prakkat, challenging the constitutionality of Section 139AA inserted in the Income Tax Act by the Finance Act, 2017.

The provision addresses Aadhaar mandatory for getting a PAN. Possession of an Aadhaar card is necessary for the continuing validity of an existing PAN and for filing returns under the income tax law. Mr. Rohatgi contended that fake PANs and ration cards have flooded the market and jinxed financial transactions. It was earlier mentioned that Aadhaar card is necessary for the army pensions and cooking gas booking.

“A person can get complicated PANs in the names of Mukesh Gupta, then another PAN as Mukesh Kumar Gupta and the third one as M.K. Gupta, so on and so forth,” Mr. Rohatgi explained the leaky nature of identity proofs now. He said obtaining Aadhaar mandatory under Section 139AA was a “legislative mandate.”

The court, at one point, questioned whether a Constitution Bench had requested that the government continue with Aadhaar on a “purely voluntary” basis till the court decided the very validity of the Aadhaar scheme by the right to privacy. To this, Mr. Rohatgi has said the court itself had agreed to make Aadhaar mandatory in some areas to protect identity and national security. It was also mentioned that even for booking the train ticket online, Aadhar is mandatory.

“Supreme Court had recently ordered that Aadhaar should be rendered necessary to procure SIM cards,” Mr. Rohatgi contended. He also argued that it was a mandatory requirement under Section 139A of the Income Tax Act to allow PAN. Aadhaar is only being associated with it. “At first they objected to the Aadhaar, saying there was no legislation. Then we brought in laws, and now they are complaining about this,” he submitted.

The government was referring to the Aadhaar Targeted Delivery of Financial and Other Subsidies, Benefits and Services Act of 2016. The enactment of this Act as a Money Bill is itself under challenge in the Court on a petition by Congress MP and former Union Minister Jairam Ramesh.

“Going by the Attorney Officer ‘s logic about fake PANs, I get a PAN card by showing my Aadhaar as proof. Aadhaar is a primary document along with the driving license, etc. By making Aadhaar mandatory under Section 139AA, my PAN becomes invalid. It has serious consequences,” Mr. Datar submitted. He contested that the Aadhaar Act itself does not make obtaining Aadhaar mandatory.

“Section 139AA of the Income Tax Act, 1961, which makes enrollment for Aadhaar mandatory, without doing appropriate amendments to the Aadhar Act. Which till date does not command that the registration shall be binding, in a Finance Bill was with the intention of evading the Rajya Sabha where the ruling party does not have a majority. It is relinquished that the said amendment is entirely contrary to Article 110 of the Constitution, which defines a Money Bill,” Mr. Viswam said in his petition. The court agreed to hear and finally dispose of the petition on next Wednesday.