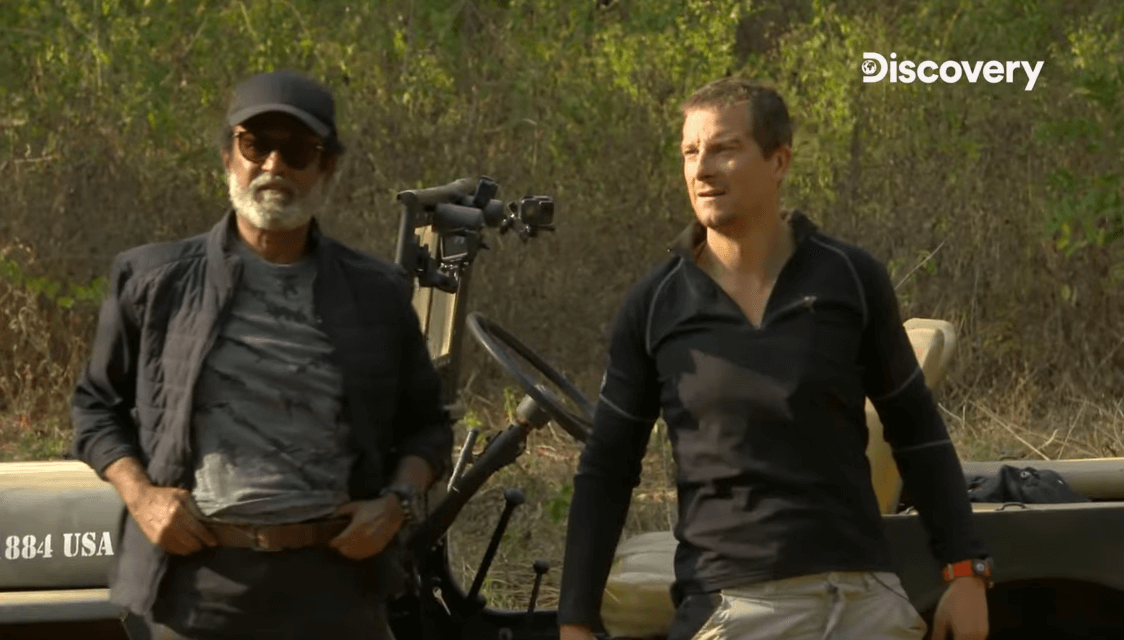 The new teaser of a popular survival reality show Man vs Wild, featuring Superstar Rajinikanth and Bear Grylls is out now. The teaser was released by Bear Grylls through his official Twitter account. Upon releasing the trailer, he praised Rajinikanth for his efforts to overcome the challenges put informed of him. The episode will be aired in the Discovery Channel on March 23 at 8 PM. As soon as the trailer was released, the Superstar fans have started to trend the video by using the hashtag #ThalaivaOnDiscovery.

Earlier, Prime Minister of India Narendra Modi has made a special appearance in this popular show. It is also noted that popular Bollywood star, Akshay Kumar has also shot for this wild adventure show.