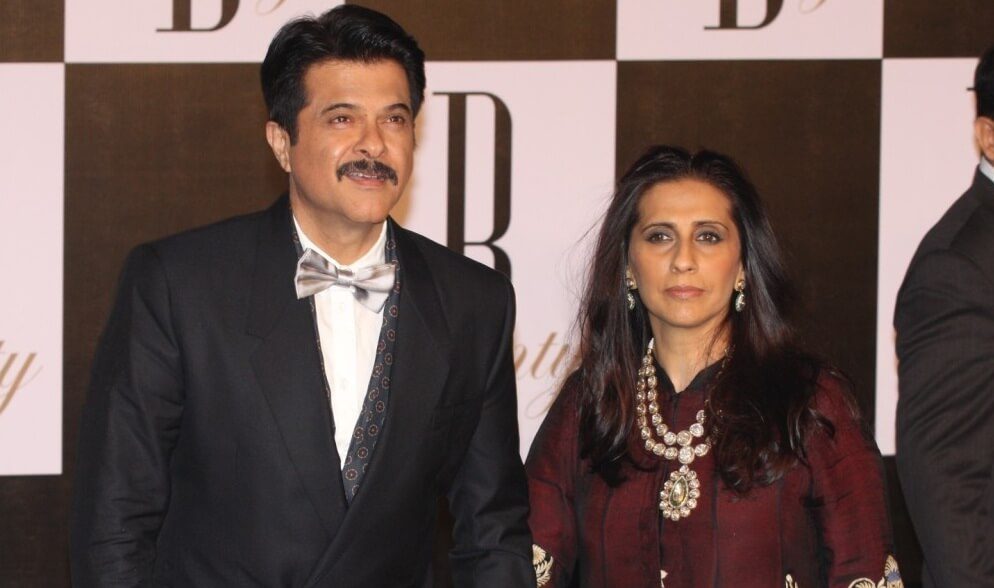 Sunita Kapoor is a wife of Bollywood Actor Anil Kapoor, who is a well-known actor appeared in many Bollywood films. Sunita Kapoor is an Indian Costume Designer by profession. She is one of the most popular Internet Celebrity. She is the mother of Actress Sonam Kapoor, Rhea Kapoor, and Harshvardhan Kapoor. Sunita also appeared in two Hindi Movies ‘Loafer and Judaai’ as a special character. Check out below for Sunita Kapoor Wiki, Biography, Age, Images, and More.

Sunita Kapoor was born in 1965, to a Hindu Family. Her real name is Sunita Bhambani. Sunita was married to Bollywood Actor Anil Kapoor in 1984. They have three children Sonam Kapoor, Rhea Kapoor, and Harshvardhan Kapoor, and all are worked in the Indian Media Industry. Before the marriage, Sunita and Anil Kapoor dated each other for almost ten years to see if they are ideal for one another. Sunita worked as a fashion stylist, but after marriage, she stopped working and decided to be a home-maker.