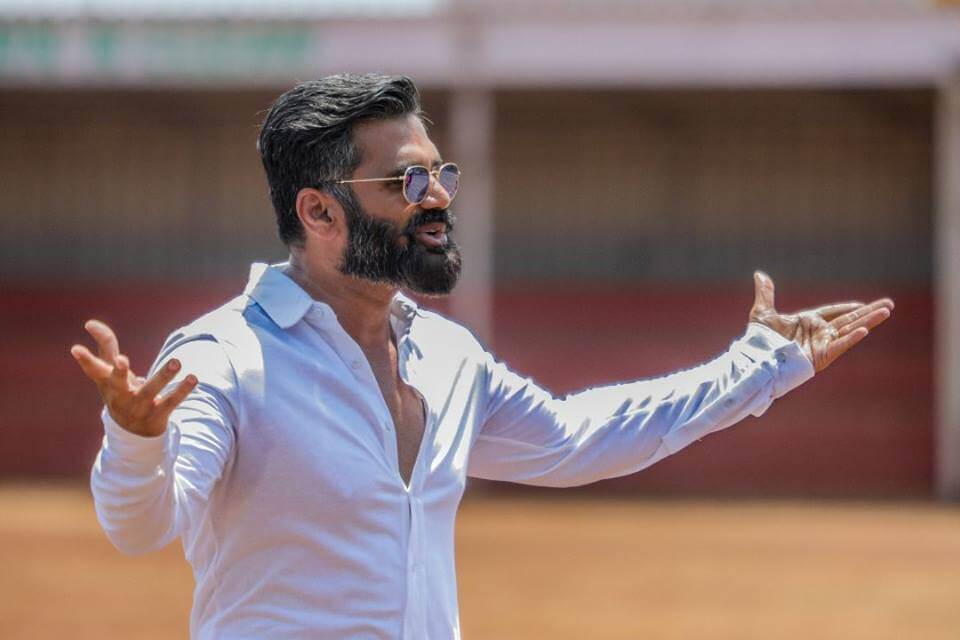 Suniel Shetty is an Indian actor, entrepreneur and film producer, who primarily appears in Bollywood film industry. He not only appears in Hindi films he also featured in other language films like Malayalam, Tamil, and English. He mostly appears in action movies, with that, he has acted in more than 110 films. He made his movie Balwaan in this movie he appeared in the role Arjun Singh in the year 1992. Now he is working on the movie Aa Ba Ka which is a Marathi movie. Check out below for Suniel Shetty Wiki, Biography, Age, Movies List, Family, Images and more.

He started his acting career in the year 1992 from the movie Balwaan in this movie he appeared opposite to Divya Bharti and from this movie he was launched as an action hero. Then he appeared in the movies like Waqt Hamara Hai (1993), Dilwale (1994), Anth (1994), Mohra (1994), Gopi Kishan (1994), Krishna (1996), Sapoot (1996), Rakshak (1996), Border (1997), and much more. He is used to appearing in action films by playing the role of the male protagonist. Moreover, in the year 2005, he was horned with Rajiv Gandhi award on the eve of the former Prime Minister, Rajiv Gandhi’s 61st birth anniversary. He has also won the Filmfare Award for Best Villain in the year 2001 for the movie Dhadakan and in 2009 he grabbed the South Asian International Film Festival’s Best Actor Award for his role in Naxalites based Indian movie Red Alert. He starred in various movies and won more awards for his acting performance.