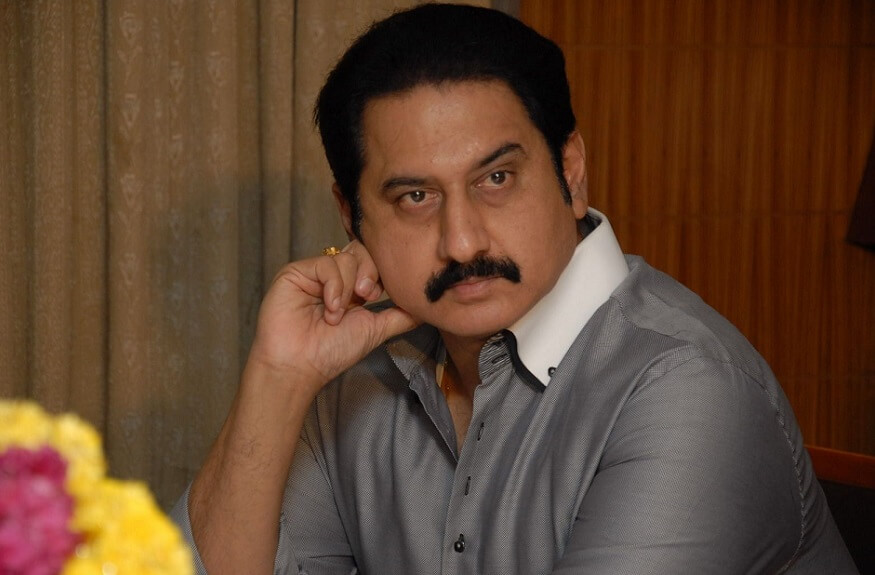 Suman is an Indian movie actor, who is well-known for his work in Telugu film industry. In the 1980s, he was one of the prominent actors in Tollywood film industry. He made his acting debut with the Tamil movie “Neechal Kulam” in the year 1979. He also portrayed the role of gods like Venkateswara, Shiva, and Rama in Telugu movies. Apart from Telugu films, he also acts in Tamil, Malayalam and Kannada movies.

Suman was born on 28 August 1959 in Mangalore, Karnataka, India. Suman family is now residing in Chennai, Tamil Nadu, India. His father name is Susheel Chandra and his mother name is Kesari Chandra, a Principal of the Ethiraj College for women in Chennai. He completed his schooling in The Besant Theosophical High School, Chennai and finished his graduation in B.A English Literature at Pachaiyappa’s College, Chennai. Suman wife name is Sirisha and the couple has a daughter named Prathyush﻿a﻿.

Suman started his acting career in the Tamil movie “Neechal Kulam,” as a police officer. In his second movie “Thee,” he portrayed the role of a sincere police officer. He is working in the film industry for almost 4 decades and has acted in more than 150 movies as a hero in Telugu, Tamil, Kannada, Odia and English language films. In the Telugu film industry, he has starred in 99 movies in the lead role. Suman got back to Tamil film industry and acted in the villain role in the movies like Sivaji and Kuruvi. In the Malayalam movie “Sagar Alias Jacky,” he appeared in the main antagonist role. For his perfromance in that movie, he won the Asianet Film Honour Special Jury Award in 2009.