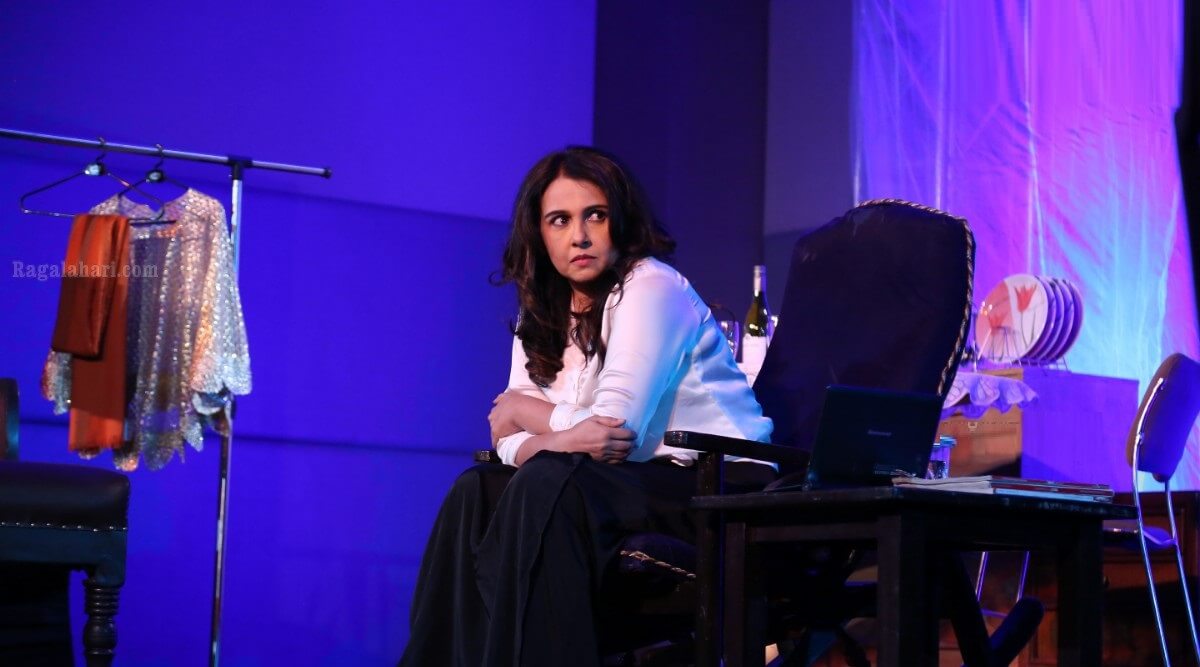 Suchitra Krishnamoorthi is an Indian movie actress, painter, writer and singer, who works in the Bollywood film industry. She made her acting debut with the Mollywood movie “Kilukkampetti,” directed by Shaji Kailas in the year 1991. Check out below for Suchitra Krishnamoorthi Wiki, Biography, Age, Songs, Movies, Images and more.

Suchitra Krishnamoorthi was born on 27 November 1975 in Mumbai, Maharashtra, India. Her family and education details will be updated soon. Suchitra Krishnamoorthi husband name is Shekhar Kapur, a filmmaker. They got married in 1999, but now they are divorced. The couple has a daughter named Kaveri Kapur. Suchitra Krishnamoorthi started her acting career as a child artist in the year 1987 with the television serial “Chunauti.” She also acted in a musical based famous comic strip “Peanuts: The Musical,” where she portrayed the role, Lucy.

Suchitra Krishnamoorthi is a successful model of early 90s, by endorsing products like Palmolive soap, Clearasil, Sunrise Coffee, Limca and Colgate toothpaste. In the year 1994, she got a breakthrough with the Bollywood movie “Kabhi Haan Kabhi Naa,” along with Shahrukh Khan. While acting in movies, she pursued her music career by releasing pop albums like Dole Dole, Dum Tara, Aha, and Zindagi, where the title track of the albums was composed by Andrew Lloyd Webber. Suchitra Krishnamoorthi has given up her acting career after getting married. After a long gap of about ten years, she re-entered with the movie “My Wife’s Murder,” in 2005 alongside Anil Kapoor.

In 2009, Suchitra Krishnamoorthi acted in the movies like Karma, Confessions and Holi. In 2010, she starred in the Ram Gopal Varma’s movie “Rann,” with Amitabh Bachchan, Kannada superstar Sudeep and Riteish Deshmukh. She is a classically trained vocalist in the Gwalior Gharana style of Indian classical music. She is also an accomplished poet and painter, trained in India, London and New York. Suchitra Krishnamoorthi has exhibited her paintings in galleries across the world. She is a good writer and her views were first noticed through her blogs. In the year 2009, she wrote her debut novel titled “The Summer of Cool,” and the novel was released by Penguin India. On September 2012, she launched The Candlelight Company, which is specialized for making therapeutic organic candles for wellness.