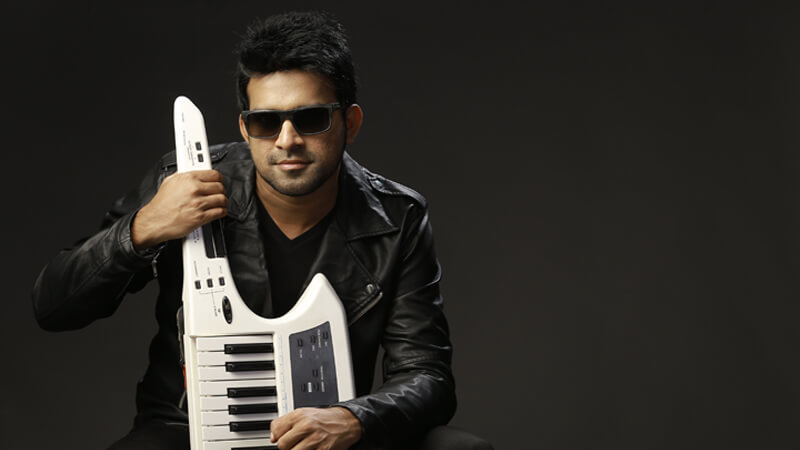 Stephen Devassy is an Indian musician hailing from Palakkad, Kerala. He began his career in the early age and performed on the stage around the world. He also holds a record for being the highest Asian scorer in the Piano exams from Trinity College of Music, London. He then went as the accompanying artist to play the keyboard for Hariharan on his European tour. He also accompanied the violin maestro L. Subramanian at the Lakshminarayana Global Music Festival. Check out below for Stephen Devassy Wiki, Biography, Age, Family, Songs, Images and More.

Stephen Devassy was born on 23 February 1981, Stephen has completed his schooling at the Seventh Day Adventist school, Ottapalam. He went on to NSS College, Ottapalam for pursuing his Pre-Degree. He has achieved his degree from Trinity College, London. He holds the unparalleled distinction of completing 8th grade piano at the age of 16. Stephen married Jesna Joy on 16 November 2010. They have a son born in 2015. Devassy’s first major break came when he was aged 18, through the Johny Sagarika, for whom he did the music orchestration of six sons on the album Ishtamannu. He then went to the accompanying artist to play the keyboard for Hariharan on his European tour. At age 19, he started the music band called Seven, with the singers Franco Simon and Sangeeth Pavithran. A Hindi pop band, they released an album titled Yeh Zindagani.