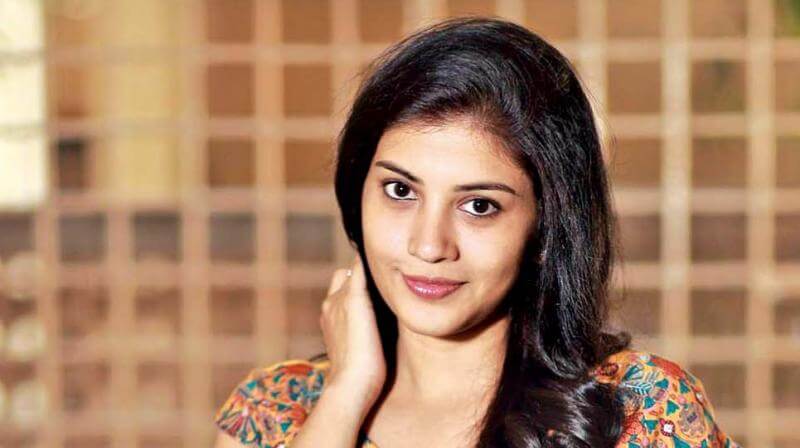 Shivada is an Indian film actress who works in Malayalam and Tamil films. Her actual name is Sreelekha Nair. She raised in Chennai until the age of 19 and then she moved to Kerala with her parents. So, she got fluent in both Malayalam and Tamil languages. Sshivada started her professional career as a dancer and video jockey. In 2011, Sshivad was spotted by directed Fazil and signed her first film as a lead role opposite Hemanth Menonher for the Malayalam film Living Together. Check out below for the Sshivada Wiki, Biography, Age, Husband, Family, Images, Movies and More.

Sshivada was born on 23 April 1986 in Tiruchirappalli, Tamil Nadu, India. She comes from a Malayali family where her parents Vijayarajan and Kumari belongs to Kerela State, India. She starts her schooling in Tiruchirappalli and after fifth standard, her family moved to Angamaly, Kerala. She continues her schooling in Viswajyothi CMI Public School, Angamaly. Sshivada graduated in Computer Science engineering from Adi Shankara Institute of Engineering Technology in 2008. Shivada is married to her longtime beau Murali Krishnan who is also an actor.

Then she auditioned for the Tamil film Nedunchaalai. Though her mother tongue is Malayalam, she managed to dub for her first film. After which, she was seen in supernatural thriller film titled Zero directed by debutant Shiv Mohaa, a former assistant of Bharat Bala, in which she plays a lead role as a modern-day wife, who is also orthodox and holds on to some traditional values. In March 2017, Shivada signed a project which is to be directed by Maya fame Ashwin Saravanan to star along with S J Suryah and Wamiqa Gabbi.