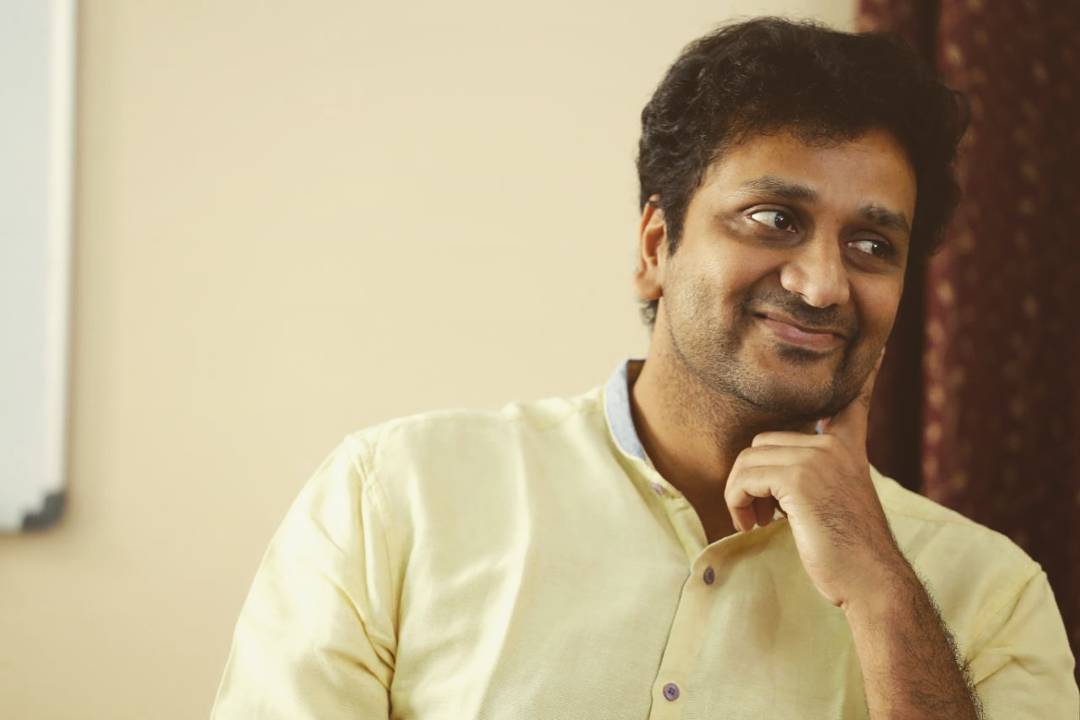 Srinivas Avasarala is an Indian movie director, screenwriter, dialogue writer, actor, music director and television presenter, who predominantly works in Telugu film industry. He made his debut movie Blind Ambition as an Assistant Director in the year 2007. As an actor, his debut movie is Ashta Chammathe as Anand and for this movie, he Nominated for Best Supporting Actor Filmfare Awards South. Check out below for Srinivas Avasarala Wiki, Biography, Age, Movies, Family, Images and more.

Srinivas Avasarala was born on 19 March 1984 in Andhra Pradesh, India. Srinivas Avasarala family is now residing in Hyderabad, Telangana, India. His father name is Venkata Satya Narayana Murthy and his mother name is Naga Mani Avasarala. His schooling details will be updated soon and he did his graduation in B.Tech in Mechanical Engg at Koneru Lakshmaiah Education Foundation, Vijayawada and Masters in Mechanical Engineering with focus on Finite Element Analysis in the University of North Dakota. He is the first anchor of the quiz show champions season 1 and gets aired on ETV.

He did his diploma in screenwriting at the University of California, Los Angeles, with that, he took his acting classes for at Lee Strasberg Theatre and Film Institute, New York City. Then he did his theatre in the New York and he also worked as an assistant director for the movie Blind Ambition. Srinivas Avasarala made his debut movie Ashta Chamma which is the adaptation of Oscar Wilde’s The Importance of Being Earnest. His directorial debut movie is Oohalu Gusagusalade, a Telugu romantic-comedy movie and it is one of the biggest hits of 2014 in Telugu films. For his role Uday Bhaskar in the movie Oohalu Gusagusalade, he grabbed the South Indian International Movie Award for Best Supporting Actor.