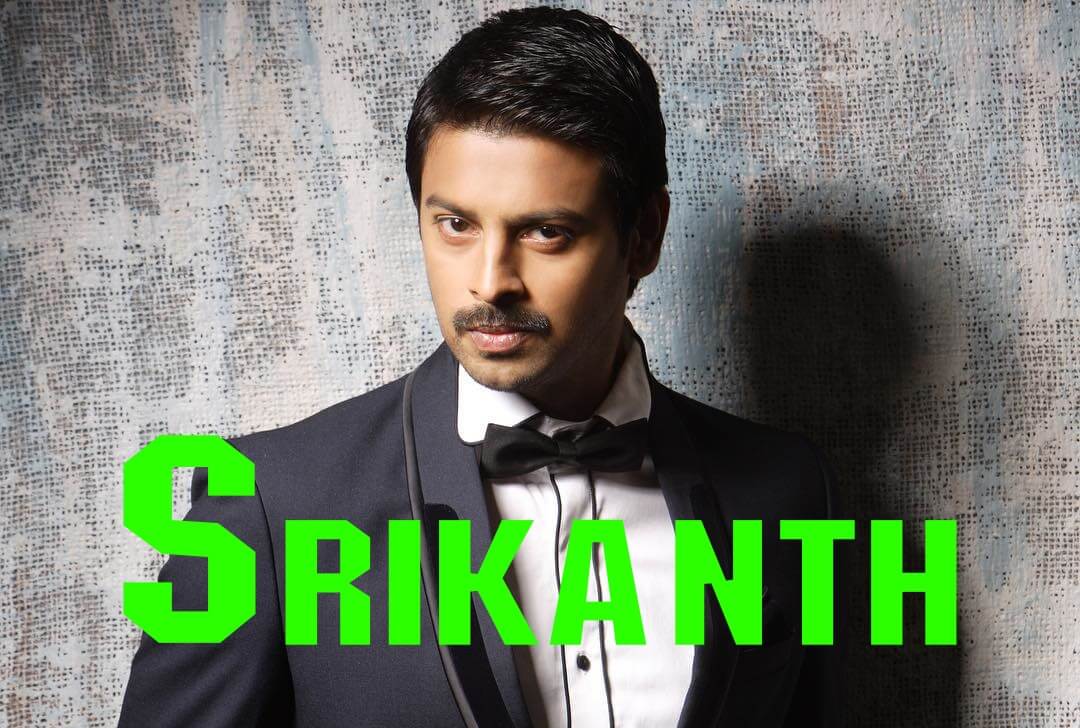 Srikanth is an Indian film actor, who predominantly works in the Tamil film industry. He not only appears in Tamil movies he also features in other languages like Telugu and Malayalam. He made his debut movie Roja Kootam he featured in the role of Illango along with Bhumika Chawla in the year 2002. He is now starring in Sunder C’s upcoming movie Coffee With Kaadhal.

He started his acting career in the year 2002, with the movie Roja Kootam which is directed by Sasi and is a commercial success movie. Then in the same year, he featured in another successful movie April Madhathil with actress Sneha. Then for the movie Parthiban Kanavu, he received the Tamil Nadu State Film Special Award for Best Actor which is directed by Karu Pazhaniappan. Then he made his debut Telugu movie Okariki Okaru as Kameswara Rao the movie was released in 2003 and the movie has received positive reviews and commercial success. After the success of a few movies, he featured in S. Shankar’s movie titled Nanban he appeared in one of the lead roles along with Vijay, Jiiva, and Ileana D’Cruz which has received positive reviews. Then he also featured in the Malayalam movie Uppukandam Brothers Back in 2011 and the movie Hero.

Check out the cool new photos of Srikanth,