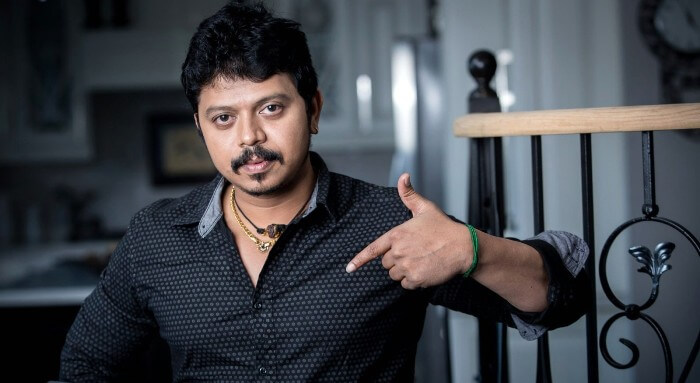 Sridhar is a well-known dance choreographer from South India. He also appears in cameo roles in the song sequences. In 2015, he made his film debut in the 2006 Tamil film Poi. He has also participated in a reality show (Dhee) inaugural edition and make that program more proud and ended as a runner-up. He use to upload dance videos with his daughter Akshadha on his Instagram handle.

Sridhar was born and brought up in Chennai, Tamil Nadu, India. His father is a drama artist. Sridhar got interested in dancing since young and entered film industry in the year 2001. He then made his acting debut as a supporting actor through the film – Poi. Later he came to limelight as a choreographer for Tamil movies and shows. “Naaka Mukka” song in the film Kadhalil Vizhunthen was his first credited song as a choreographer, and he also appeared in the song. In 2011, he was called by the Prabhu Deva‘s Engeyum Kadhal (2011) was his breakthrough as a choreographer.

In 2015 he returned once again to the silver screen as an actor in the movie, Pokkiri Mannan, this time in the lead role. He has worked as a choreographer in different regional films. A great dancer, he is fondly called as Sridhar Master by his fans. He has also trained many students and actors in his dance school. Dulquer Salman and Vikram Prabhu are among those youngsters who received training from Sridhar.

Check out the latest photos of Sridhar master,