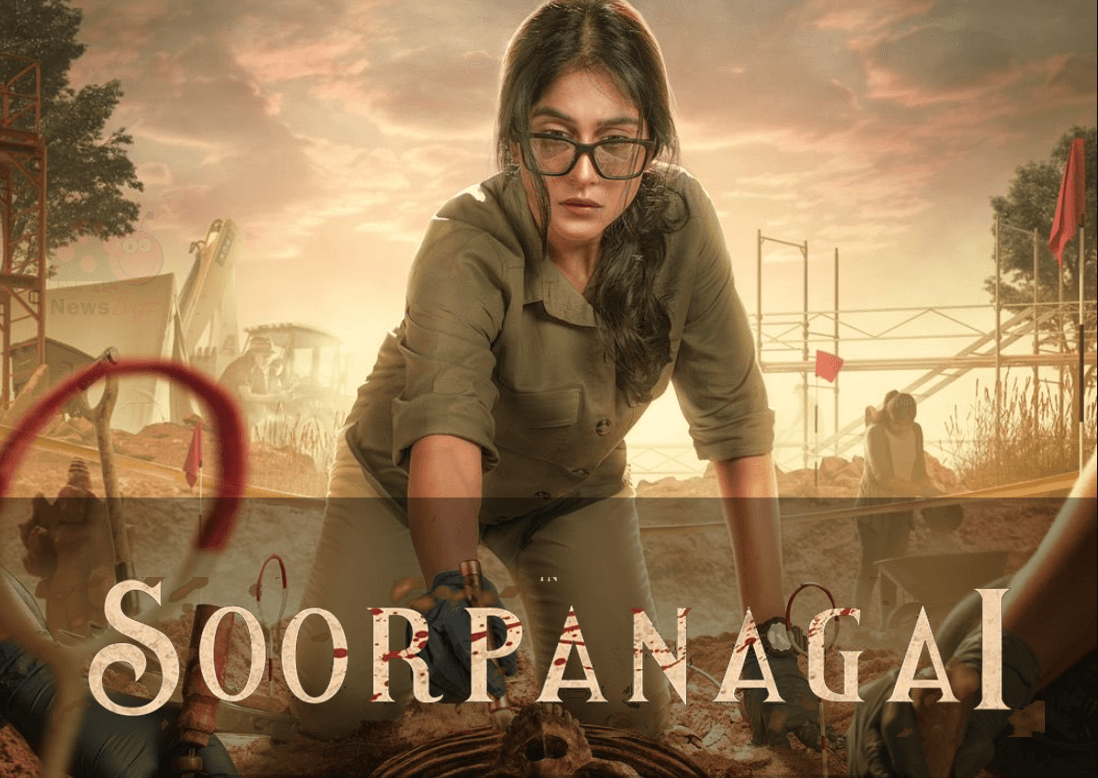 Soorpanagai is an upcoming bilingual film starring Regina Cassandra in the lead role. Directed by Caarthick Raju, the film is being produced by Raj Shekar Varma under Apple Tree Studios. The first look poster was released by versatile actor Vijay Sethupathi. Going through the first look, Soorpanagai movie seems to be a mythological thriller. The film was simultaneously shot in Telugu which titled “Nene Naa“.

Check out the complete details of Soorpanagai film,

Here is the complete cast list of Soorpanagai film,

Watch the official trailer video of the Soorpanagai film 2021,

Here is the interesting poster of Soorpanagai featuring Regina Cassandra,