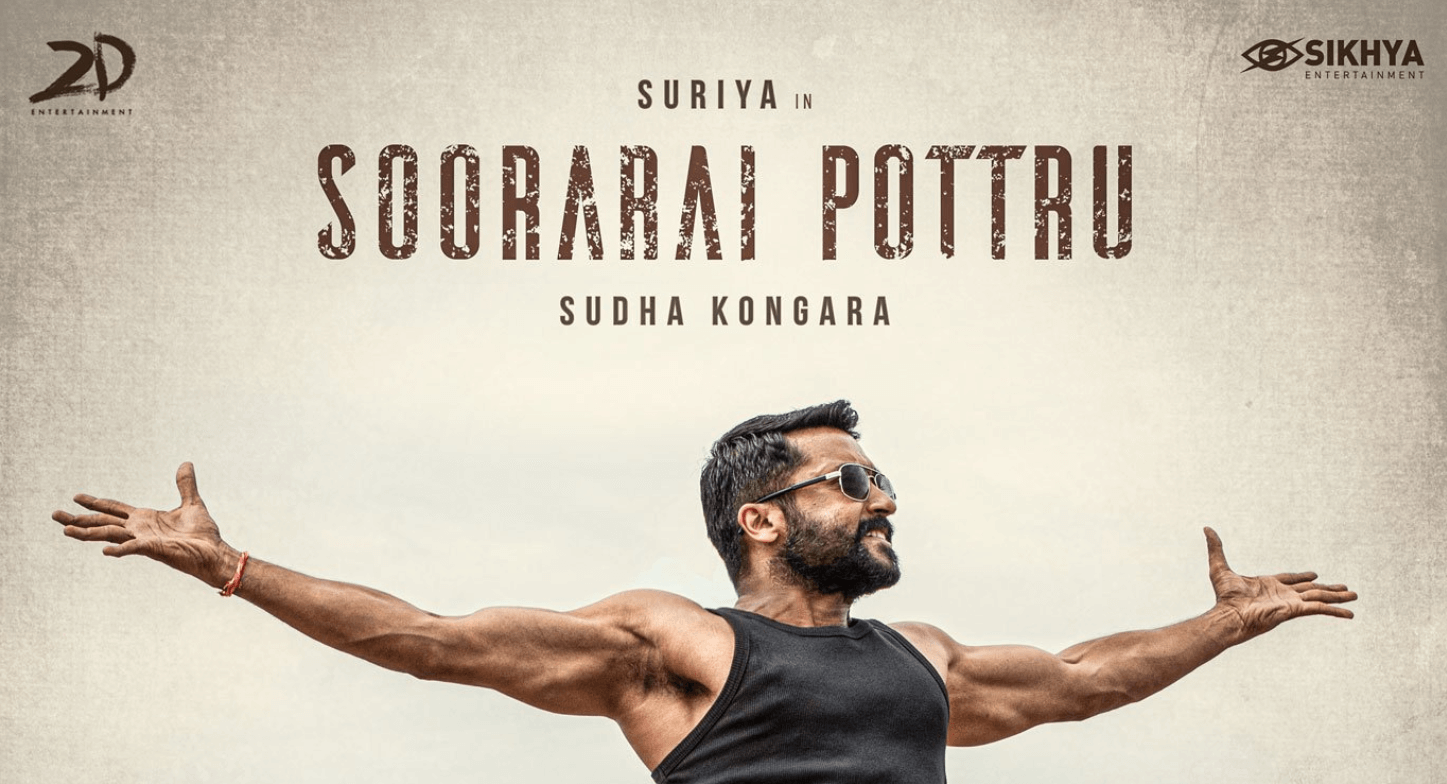 The official teaser of Suriya’s Soorarai Pottru is out now. The actor’s first release of 2020 creates buzz among the audiences. Directed by Sudha Kongara of Irudhi Suttru fame, the film is based on the life of Air Deccan founder GR Gopinath. Soorarai Pottru film also stars Aparna Balamurali, Karunas, Jackie Shroff, Mohan Babu and Paresh Rawal in the key roles. According to sources, the film is scheduled to be released on April 1, 2020. The teaser video shows Suriya in a different shade. Along with teaser, the makers also released the theme music of Maara from the film.

Actor Suriya to star in Vetrimaran’s next flick produced by Kalaipuli S Thanu. GV Prakash have been roped in again for the action movie after Soorarai Pottru.