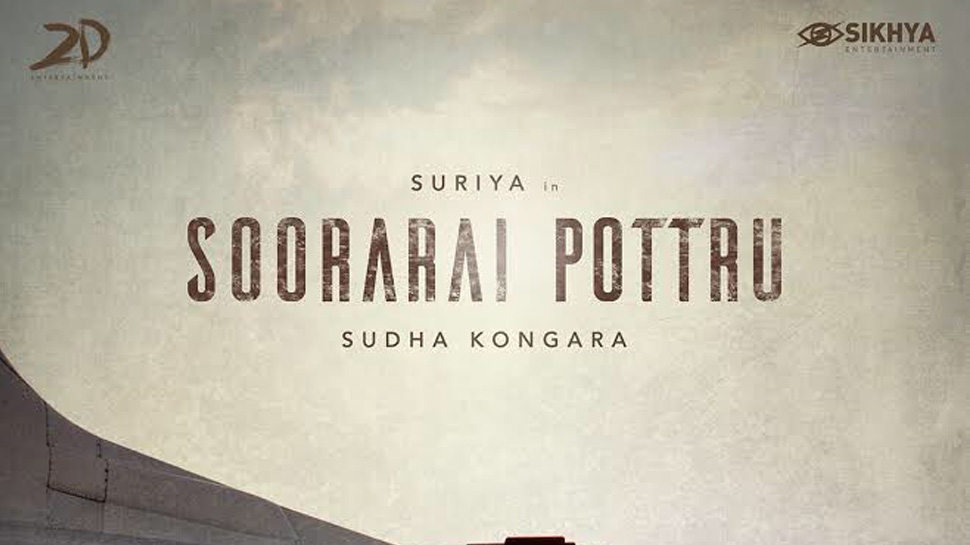 Suriya starrer Soorarai Pottru is a biographical Tamil movie based on the life of Air Deccan founder Captain GR Gopinath. The film was written and directed by Sudha Kongara. Actor-musician GV Prakash Kumar has composed the background and songs for the film. Sources confirmed that he had completed all the tracks and its pleasant to hear. Also, Suriya gifted a bouquet with a personal note attached to the music director for composing some brilliant tunes for the Soorarai Pottru. Maara Theme is the much-anticipated BGM from the movie.

Veyyon Silli song featuring Suriya and Aparna Balamurali was composed by GV Prakash Kumar with a stunning melody written by Vivek. Playback Singer Harish Sivaramakrishnan has lent his voice for the song.

@gvprakash: The teaser of #sooraraipottru Will sport the #maaratheme … waiting for it to unveil Jan …

Aparna balamurali pairs Suriya as the female lead in the movie. On 13 April 2019, the team released the Title poster of Soorarai Pottru. The film is produced by actor Suriya himself under his banner 2D Entertainment.