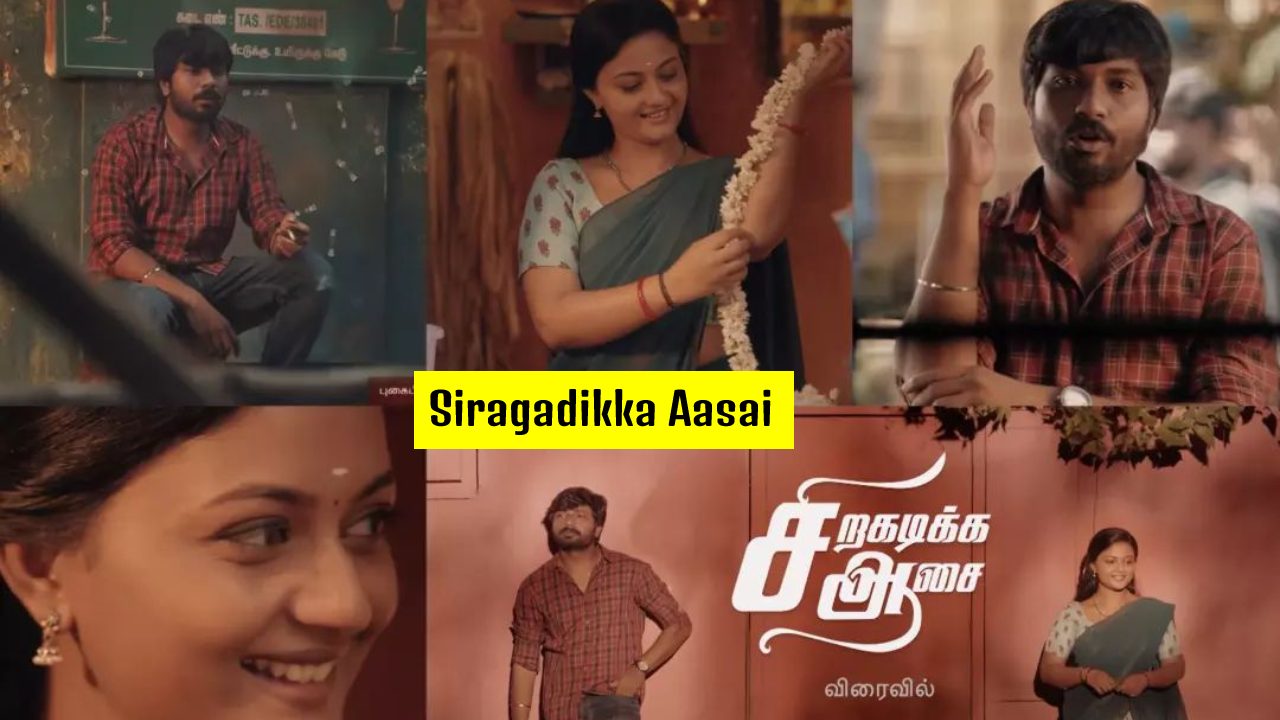 Siragadikka Aasai is the latest Tamil soap opera from the Star Vijay Television channel. It stars Vetri Vasanth and Gomathi Priya in the lead roles. While Sundarrajan, Anila, Akshaya, and others taking supporting casts. Watch Siragadikka Aasai serial episodes only on Vijay TV and it airs every weekdays (Monday – Friday) at 09:30 pm.

The serial revolves around a kind-hearted girl, who runs a flower shop and a drunkard, who disrespects everyone. The relationship between the characters started to bloom and it will be the main crux of the story. The makers are yet to announce the official release date. In case, if you missed watching the latest episode on TV, you have the option to watch the Siragadikka Aasai serial online on Dinsey Plus Hotstar.

Check out the entire cast list of Siragadikka Aasai Vijay TV serial below,

Here are the full details of Siragadikka Aasai 2023,