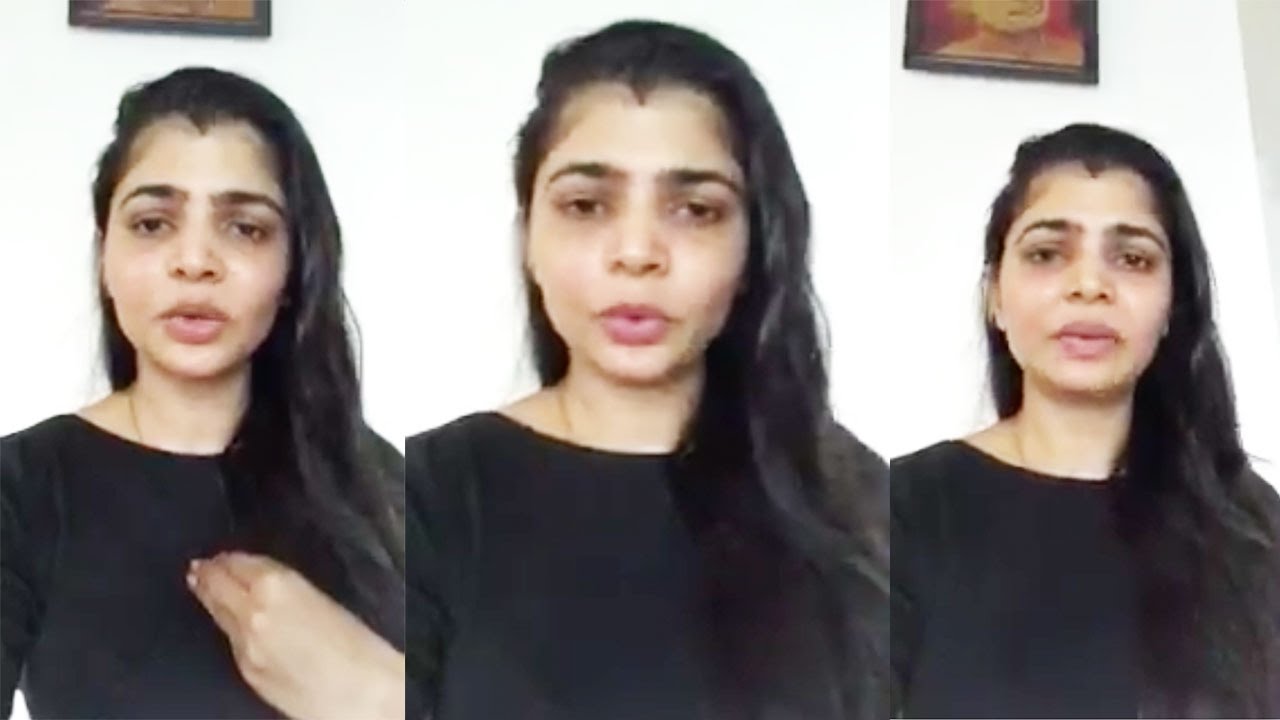 Singer Chinmayi Harassed in Social Media: Chinmayi Sripaada is an Indian playback singer, who predominantly works in the Southern film industry. Apart from being a singer, she is also a voice actor, television presenter, and radio jockey. She is the founder and CEO of her own translation services company called Blue Elephant. Apart from this, she is no stranger to controversy on social media, having been involved in more than her fair share of ugly virtual spats for being the outspoken individual she is.

Unlike other celebrities who don’t acknowledge abuse from followers, Chinmayi is someone who has never backed down from defending her opinion. Recently there have been several celebrities who had opened up about sexual abuse. Singer Chinmayi Sripada also shared how she was groped in social media. In Facebook, the singer shared a post along with the screenshot of the conversation between her and the guy who harassed. Also, she has asked everyone to share this with all women to open up crimes against females. 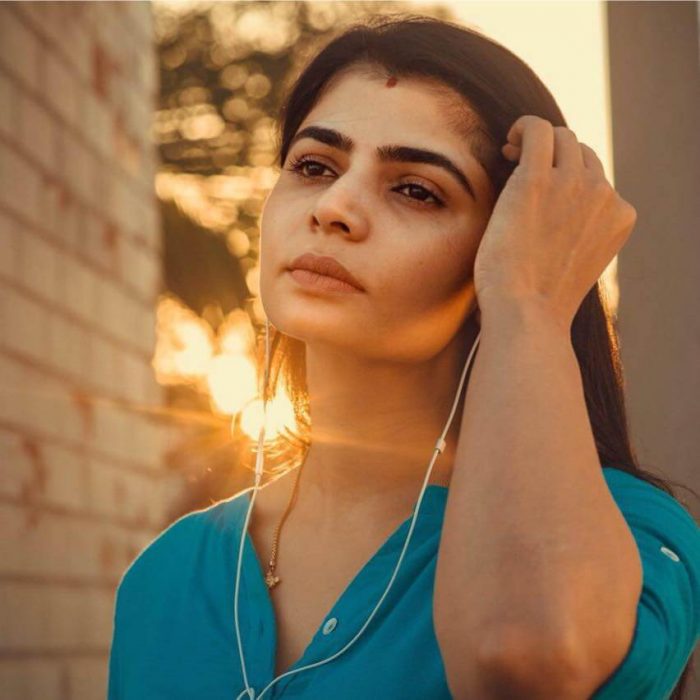 Harsha Chowdary, who had relentlessly attacked the singer, by sexting vulgar comments on her, and calling her to bed. 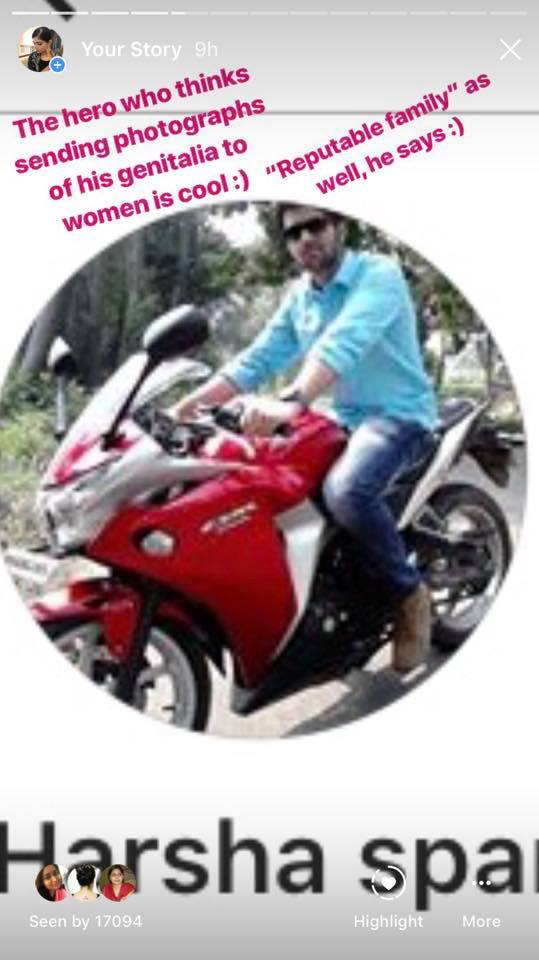 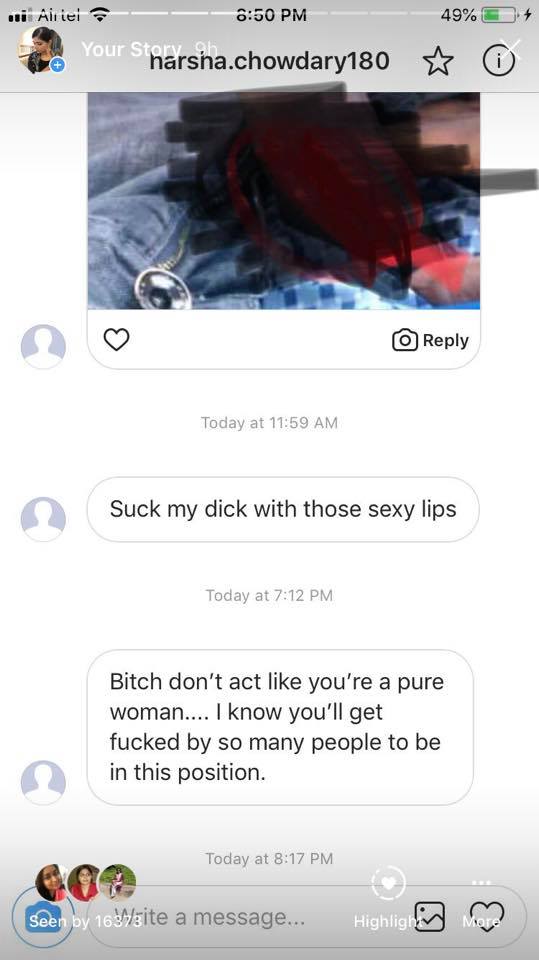 The issue spilled over to Facebook after the singer wrote a story about the issue on her blog. 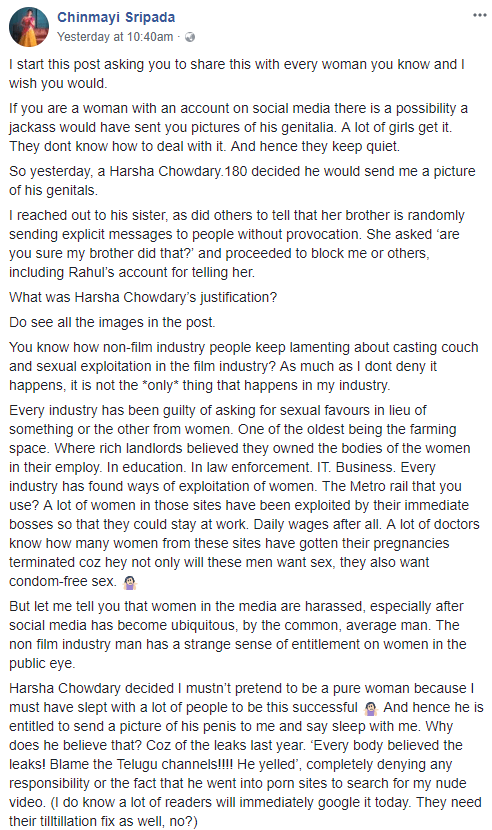 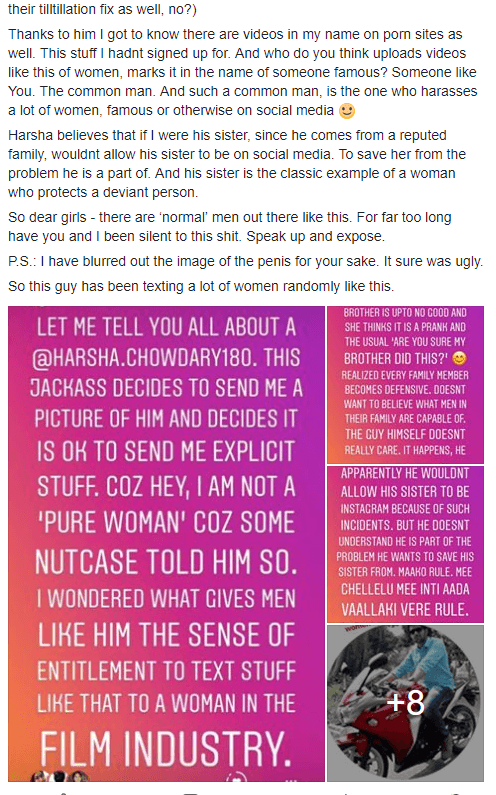