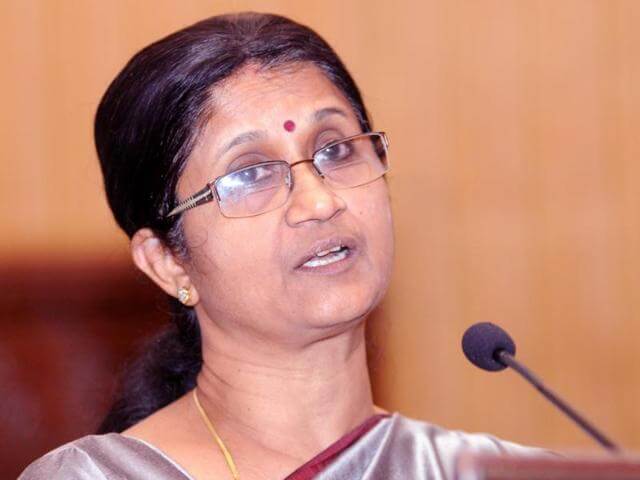 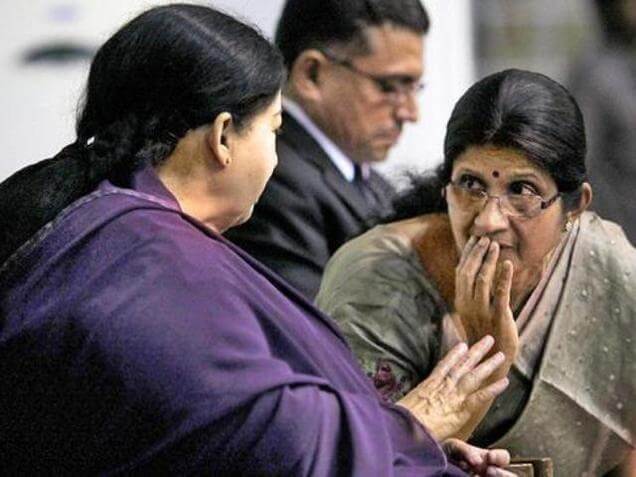 Mrs.Sheela Balakrishnan was served as Secretary to the Chief Minister between 2002 and 2006 and earned the trust and confidence of Jayalalithaa. Later she took over as a Chief Secretary on January 1, 2013, suspending her husband from the post and held the post until March 31, 2014. She was appointed as Adviser for one year by the then Chief Minister Jayalalithaa in March 2014, after her superannuation from civil services and later, her services was extended for another two years.

Hence it was not clear if the government had asked Mrs.Balakrishnan to quit, she decided to leave before her tenure ends in March, without giving any reason. She was considered to be the “eyes and ears” of Jayalalithaa, and it was also believed that she played a key role in guiding the state’s administration for the 75 days when Jayalalithaa was in the hospital.

In a parallel development, K.N.Venkataramanan, a retired civil servant and A.Ramalingam, a serving officer, the Secretary I and IV respectively in the Chief Minister’s Office (CMO), were removed from their posts. Both of them were also key members of Jayalalithaa’s team of trusted officials. Currently, the dual power center in Tamil Nadu is an open secret, and the difference of opinion with the current government makes the three bureaucrats exit naturally.

The retired civil service man Mr.Venkataramanan, in March 2012, was given five years of extension by Jayalalithaa and retailed as a secretary in the CMO.

Following the death of Jayalalithaa on December 5 last year, many changes have taken place in the AIADMK party and the state government. The Chief Minister post was filled by Mr.O.Panneerselvam immediately after the death of Jayalalithaa and the AIADMK party leader post was handed over to Mrs.Sasikala in the following weeks. At the beginning itself, the talks were doing the rounds that some of the official’s hand-picked by the AIADMK’s former leader and appointed to key positions could be moved out and hence it was taken place now.

Related Topics:Tamil Nadu
Up Next