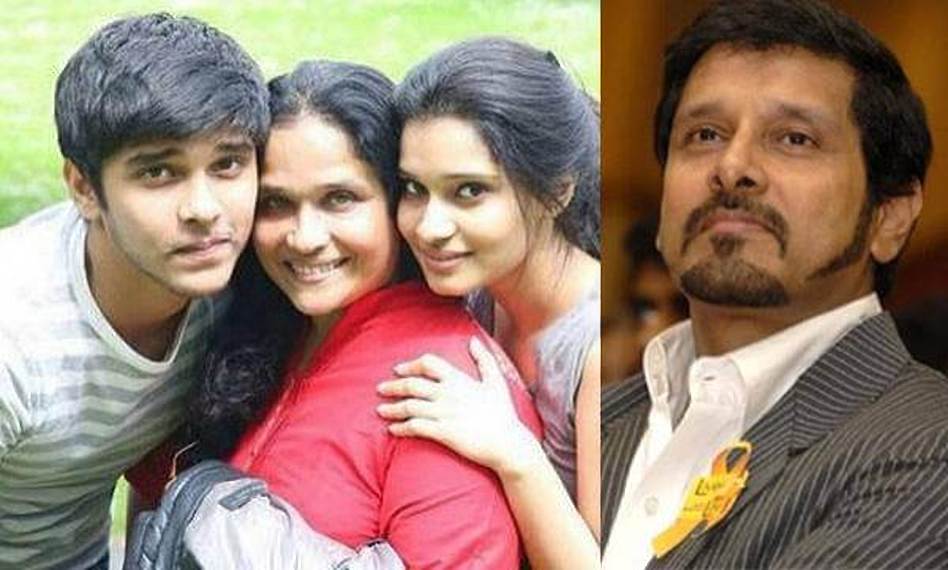 Shailaja Balakrishnan is the wife of popular Actor Chiyaan Vikram. Vikram is known for his hard work and dedication towards acting. Vikram’s acting skills are highly appreciated and awarded as best acting as well. Kennedy John Victor aka Vikram and Shailaja Balakrishnan got married in the year 1992. She met Vikram when he was on crutches after the accident in the 1980s. She is a psychology teacher. Check out Vikram Wife Shailaja Balakrishnan Wiki, Age, Family, Career, Kids and other details.

Vikram Wife Shailaja was born and brought up in Thalassery, Kerala. She works as a psychology teacher at a leading school at Chennai. Shailaja met Vikram after he met an accident in a shooting. After a few years of dating, Vikram married her in Guruvayoor in 1992. Later, the couple had a low-key wedding ceremony conducted at the church at Loyola College, Chennai. Shailaja also worked in the film Deiva Thirumagal by giving professional advice on how people with special needs are treated and helping develop the character played by her husband Vikram. The couple gave birth to a daughter named Akshita and son named Dhruv Vikram.

Check out some images of Vikram family,