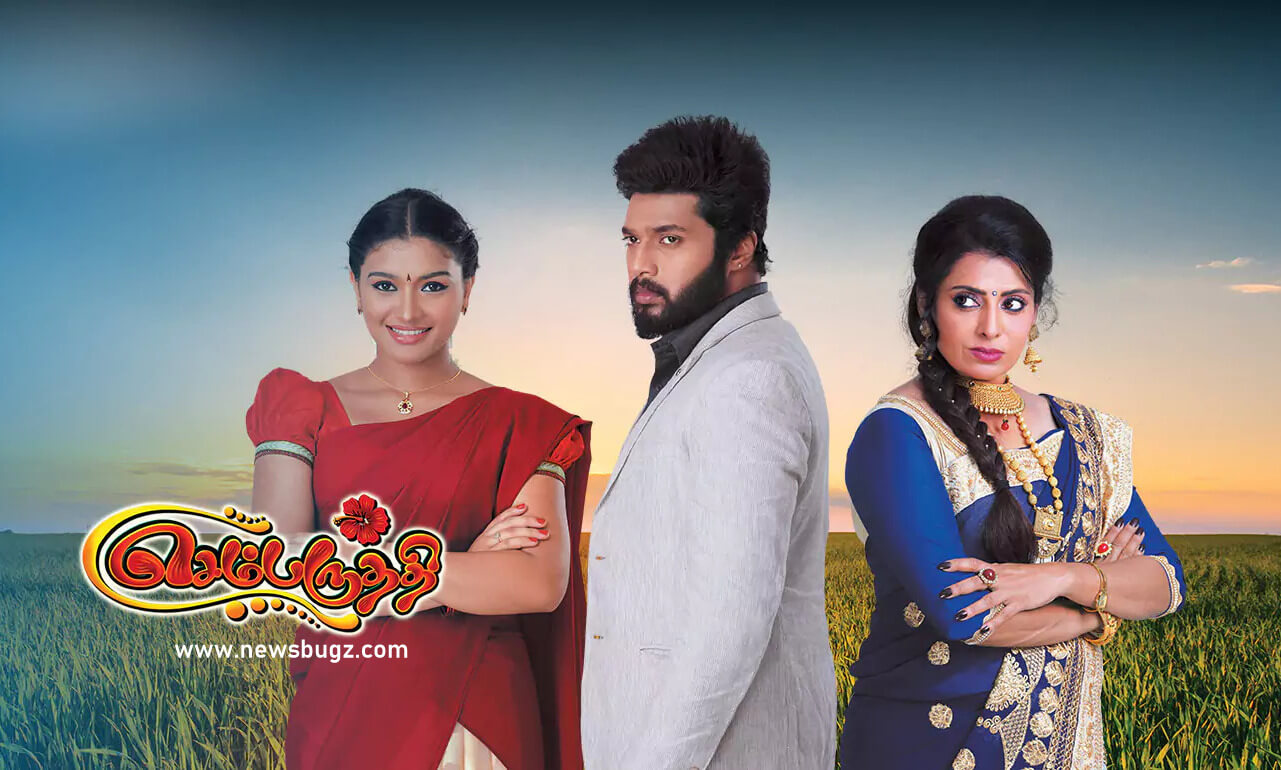 Sembaruthi is a 2017 Tamil romance family soap opera starring Shabana, Agni Natchathiram, Priya Raman in the prominent roles. The serial Sembaruthi is aired on Zee Tamil every day at 21:00 (IST) 9.00 PM starting 16 October 2017. Shabana is playing the role Parvati and this serial makes her debut in Tamil. Office serial Fame Karthik landed is playing a lead role Adhitya in the Sembaruthi Show. Tamil Film actress and film producer Priya Raman was selected as one of the leads as Akhilandeshwari.

The Sembaruthi serial’s plot is taken from Muddha Mandaram, a leading serial in Zee Telugu. The chemistry rolls out well between the reel pair Karthik and Shabana. The success behind the Sembaruthi serial’s success is that it portrays a love story different from the usual ones and depicts the mindset of the class conflicts between the different personalities ‘Akhilandeshwari’ (Priya Raman) and ‘Parvathi’ (Shabana). The Sembaruthi serial has a great TRP in Zee Tamil TV Channel and currently stands at 1st position. The serial Sembaruthi has successfully completed its 100th episode on March 5, 2018, and still holds the top position in the TRP ratings. Check out below for Sembaruthi serial cast & crew, plot actors, awards, and more.

Sembaruthi shows two strong-willed women Akhilandeshwari and Parvathi with a backdrop of class conflict. The unique love track between Parvathi (Shabana) and Adhitya (Karthik raj) stands out from other serials. The story is about a poor girl (servant), who marries a boy from a very rich background and looks at her relationship with her husbands family, especially with her mother-in-law.